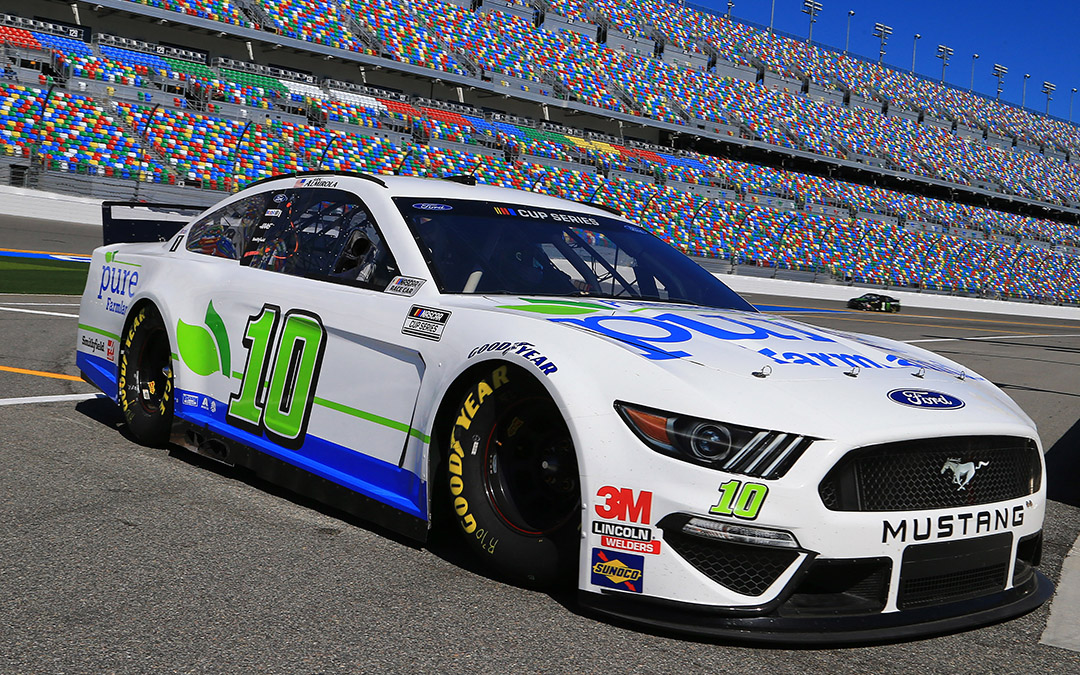 Notes:
● Aric Almirola raced to second place on lap one before dropping to the rear with no drafting help.
● He pitted the Pure Farmland Ford for four tires, fuel, and adjustments on lap-24 before the competition caution.
● On lap 55, the field separated into two packs. Almirola was in the second pack in 11th at the time.
● By lap 64, the second pack rejoined the lead pack and Almirola raced his way to second place – three wide on the bottom row.
● Almirola nearly missed an accident on lap 66, which put him on the front row. On the ensuing restart, multiple cars wrecked behind him and he remained second.
● During the two-lap shootouts to end the race at the scheduled distance, Almirola and the No. 11 car of Denny Hamlin batted for the lead before Hamlin got loose and triggered a multicar accident involving Almirola. The damage to the nose of the No. 10 Ford was too severe to repair, ultimately ending Almirola’s day.
● Erik Jones won the Clash to score his first career Clash victory.
● The 18-car field was comprised of 2019 pole winners, former Clash winners, former Daytona 500 pole winners and 2019 playoff participants.
● A random draw determined starting positions for the Clash.

Aric Almirola, driver of the No. 10 Pure Farmland Ford Mustang for Stewart-Haas Racing:
“We had a really fast Pure Farmland Ford Mustang. All the Fords were really fast. Doug Yates always brings the horsepower every week, but he really loves Daytona. It was still a good day for us. It isn’t the finish we wanted, but it was productive with a new team and new crew chief.”

Next Up:
The Bluegreen Vacations Duel – twin 150-mile heat races that set the rest of the Daytona 500 field – takes place at 7 p.m. EST on Thursday, Feb. 13 with live coverage on FS1. Daytona Speedweeks then culminates with the 62nd running of the Daytona 500 at 2:30 p.m. on Sunday, Feb. 16, with live coverage provided by FOX beginning with its prerace show at 1 p.m.