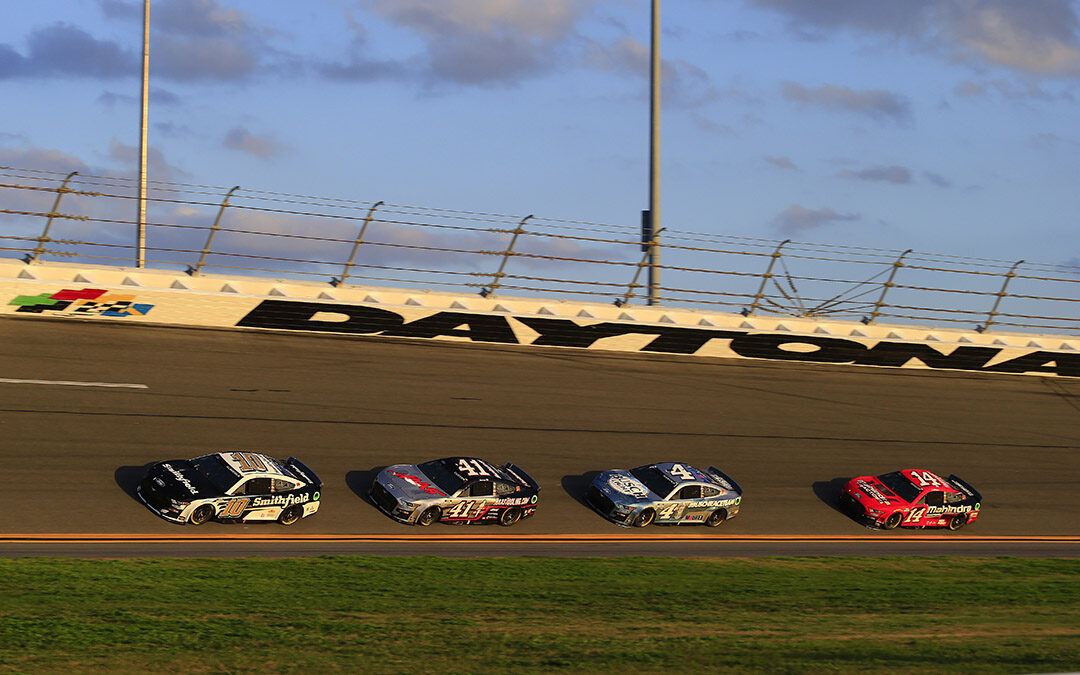 SHR Notes:
● Briscoe earned his first top-five in 37 career NASCAR Cup Series starts. His previous best finish was a pair of sixth-place results during his rookie season in 2021 – May 23 in the inaugural race at Circuit of the Americas (COTA) in Austin, Texas, and July 4 at Road America in Elkhart Lake, Wisconsin.
● Briscoe’s third-place result significantly bettered his previous best finish at Daytona – 19th, earned in last year’s Daytona 500.
● Almirola earned his third top-five and fourth top-10 in 21 career NASCAR Cup Series starts at Daytona.
● This was Almirola’s second straight top-15 at Daytona. He finished 14th in the series’ most recent visit to the track last August.
● Custer earned his second top-20 in his fifth career NASCAR Cup Series start at Daytona.
● This was Harvick’s 21st start in The Great American Race, with his first Daytona 500 coming on Feb. 17, 2002.
● Harvick finished eighth in Stage 2 to earn three bonus points.

Race Notes:
● Rookie driver Austin Cindric won the Daytona 500 to score his first career NASCAR Cup Series victory. His margin over second-place Bubba Wallace was .036 of a second.
● This was Ford’s 712th all-time Cup Series victory.
● This was Ford’s 18th NASCAR Cup Series victory at Daytona and its third straight. Ford won its first race at Daytona on February 24, 1963 with Tiny Lund. Ford swept both of the 2021 races with Michael McDowell’s and Ryan Blaney’s respective wins.
● There were seven caution periods for a total of 37 laps.
● Only 15 of the 40 drivers in the race finished on the lead lap.
● Cindric leaves Daytona tied with Brad Keselowski for the championship lead. Both have 54 points with a five-point advantage over their nearest pursuer, Martin Truex Jr.

Sound Bites:
“I honestly thought I was in a really good position. I knew it was going to get kind of dicey and haywire there with the leaders, and I thought that they would kind of shove each other around and come disconnected and I would have a bunch of momentum coming from behind. We’d seen that in the Duel and other races, so I hate to come up short. I had a really good feeling going into today. I just felt like it was kind of going to be one of those storybook type deals where in my last Daytona 500 I thought we had a shot at going to victory lane – just came up a little bit short. We were coming there to the end and I thought for sure like, ‘Man, this is setting up nicely to have that kind of storybook ending.’ Yeah, I believed it. I really did. I believed it in my heart that it was going to happen and I still felt like I was in a really good position off of turn two on the white flag. I’m like, ‘Man, if they let us race back and there’s no crash, we’ve got a shot to win this thing.’ We came out fifth, but it was still fun. I’m proud of our team. Thanks to Smithfield and everybody involved – Mobil 1, Ford. It’s cool to get Ford in victory lane. We swept the week, so I’m proud of everybody and now we go to California and start the season. It’s emotional, honestly. Man, it’s a great feeling to be in the thick of it coming down to the end at the Daytona 500. You dream about those things as a kid, and I remember sitting up in those grandstands, so it’s special. I hate losing, though.” – Aric Almirola, driver of the No. 10 Smithfield Ford Mustang.

Next Up:
The next event on the NASCAR Cup Series schedule is the Wise Power 400 on Sunday, Feb. 27 at Auto Club Speedway in Fontana, California. The race begins at 3:30 p.m. EST with live coverage provided by FOX and SiriusXM NASCAR Radio.