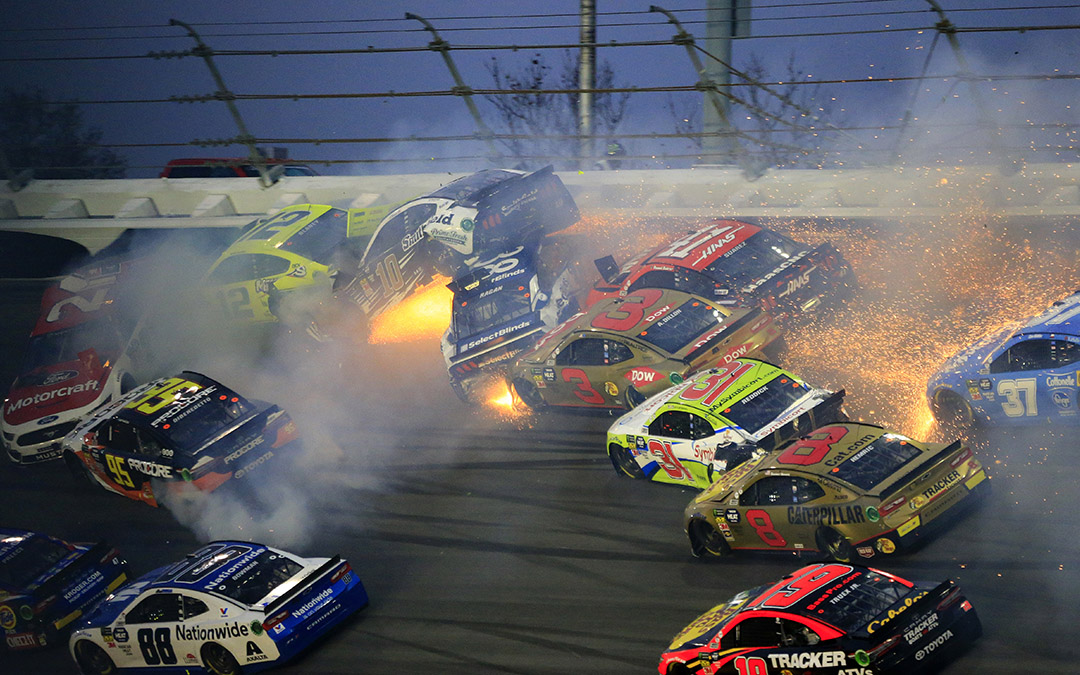 Note: Race extended seven laps past its scheduled 200-lap distance due to a green-white-checkered finish.

Stage 1 Recap (Laps 1-60):
● Aric Almirola started eighth, finished 14th.
● The No. 10 Smithfield Ford driver pitted on lap 16 for fuel only and ran with teammates Kevin Harvick and Clint Bowyer before the first caution was called on lap 20.
● Almirola restarted in third place, continuing to run near teammates. He pitted for four tires and fuel during a lap-49 caution.
● On the restart, Almirola was forced to the bottom groove without help and fell to 20th place. He raced the Smithfield Ford back to 14th before the stage concluded.
● He noted tight handling conditions but opted to stay out of the pits when Stage 1 ended.

Stage 2 Recap (Laps 61-120):
● Started sixth and finished third to collect eight bonus points.
● Almirola drove to fifth place and held the No. 10 Ford Mustang inside the top-five before pitting for fuel on lap 74.
● He darted to third place and led the high line when racing continued.
● Almirola raced in and around third place before finishing third when he crossed the finish line for Stage 2.
● At the end of the stage, crew chief Johnny Klausmeier made the call to stay out of the pits.

Stage 3 Recap (Laps 121-200):
● Started second and finished 32nd.
● Almirola took the lead on the initial restart and raced the No. 24 for the lead until falling back to fifth place on lap 139.
● He continued to race in and around the top-10 before the caution was thrown for an accident at the pit entrance on lap 159.
● Almirola pitted under the caution period for four tires and fuel. He came off pit road in 11th place.
● On lap 190, he raced the No. 10 Smithfield Ford in and around the top-10 until being collected in a multicar accident that ended his day.

Notes:
● Almirola finished third in Stage 2 to earn eight bonus points.
● Denny Hamlin won the Daytona 500 to score his 32nd career Cup Series victory and his second in the Daytona 500. His margin of victory over second-place Kyle Busch was .138 of a second.
● There were 12 caution periods for a total of 47laps.
● Only 14 of the 40 drivers in the Daytona finished on the lead lap.

“Last year, taking the white flag with the lead with emotions high and feeling like you have a great shot to win was worse. Tonight we were about 10th or 12th and with 10 laps to go, a lot can play out and a lot can happen. It didn’t feel like we were as close right there. It’s still disappointing. You never want to come down here and wreck out of the Daytona 500. You want a shot in the final closing laps. Unfortunately, we weren’t in the right position tonight. The racing was actually pretty calm. We saw a lot of teamwork, a lot of people working together. The Gibbs cars were doing a good job together, and all the Fords were doing a good job. Our Mustangs were fast, but we just couldn’t get it going. We didn’t have quite what we had at Talladega, but, all in all, our cars were fast.”

Next Up:
The next event on the Monster Energy NASCAR Cup Series schedule is the Folds of Honor 500 on Sunday, Feb. 24 at Atlanta Motor Speedway. The race starts at 2 p.m. EST with live coverage provided by FOX beginning with its prerace show at 1:30 p.m.