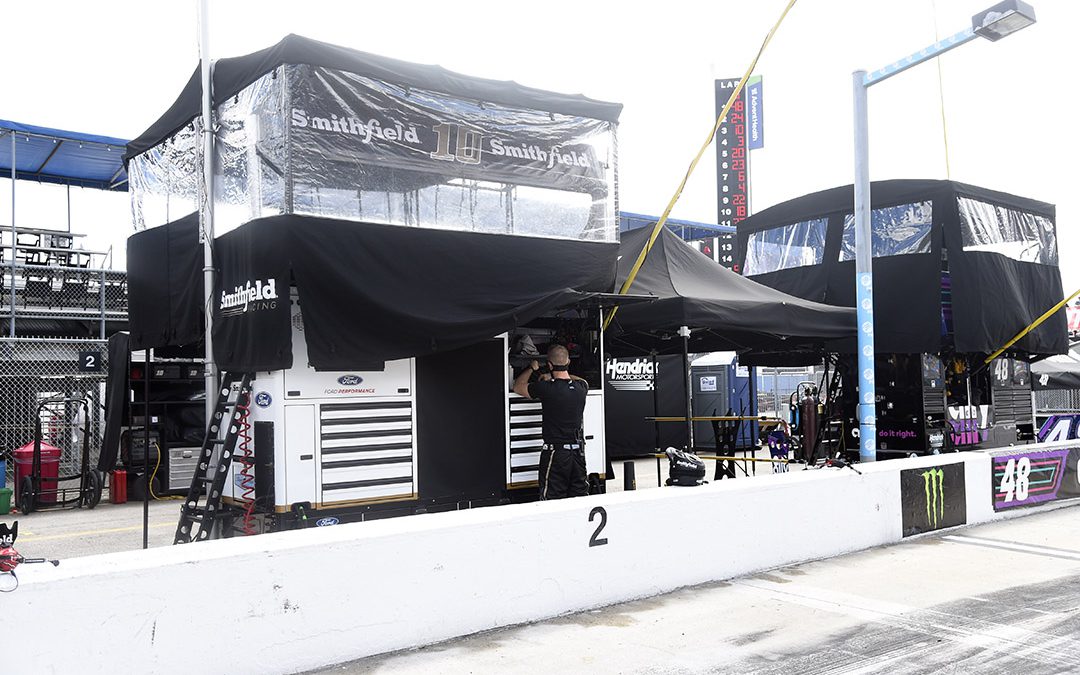 Race Recap (Laps 1-15):
● Aric Almirola started third and finished 13th.
● Almirola raced inside the top-four and ran as high as second by lap 14.
● On that lap, the No. 20 car of Christopher Bell approached Almirola’s rear bumper with momentum.
● Bell contacted the bumper of the Smithfield Ford Mustang, causing Almirola’s car to turn into the outside wall and setting off a multicar accident that brought out the red flag.
● The No. 10 Ford was damaged beyond repair, ending his Daytona 500 run.

Notes:
● Almirola earned a third-place starting position in the Daytona 500 by virtue of his win in Thursday night’s Bluegreen Vacations Duel. It was Almirola’s best start in 19 career NASCAR Cup Series races at Daytona.
● Michael McDowell won the Daytona 500 to score his first career NASCAR Cup Series victory.
● There were seven caution periods for a total of 40 laps.
● Only 11 of the 40 drivers in the race finished on the lead lap.
● Austin Dillon leaves Daytona as the championship leader, with a six-point advantage over second-place Denny Hamlin.

“We were just getting pushed too hard, too early. It’s a long, long race. Man, we were in a fine position, just sitting there riding around in the top-two, and the 20 just came with a big run and hit me really hard in a bad spot. It turned me to the right and tore up our racecar and ended our Daytona 500 way too early.”

The next event on the NASCAR Cup Series schedule is the O’Reilly Auto Parts 253 on Sunday, Feb. 21, on the Daytona road course. The race begins at 3 p.m. EST with live coverage provided by FOX and SiriusXM NASCAR Radio.