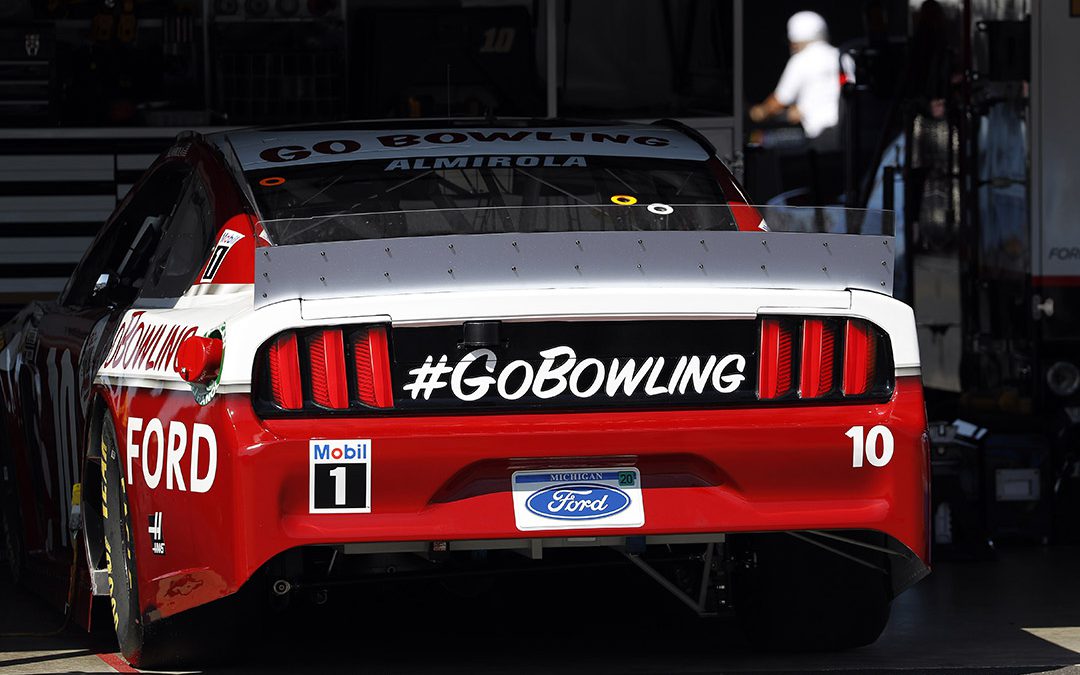 Stage 1 Recap (Laps 1-115):
● Aric Almirola started 10th and finished 18th.
● The Go Bowling Ford driver raced up to seventh early in the stage.
● He fell back when he began to note loose-handling conditions.
● Almirola pitted on lap 82 under caution for four tires, fuel, adjustments and light damage repair due contact with the No. 2 car.
● He brought the Go Bowling Ford to the pits at the end of the stage for four tires, fuel and more adjustments.

Stage 2 Recap (Laps 116-230):
● Almirola started 20th and finished 11th.
● Almirola raced the Go Bowling Ford back to the top-15 on lap 151.
● He pitted under green on lap 171 for four fresh tires, fuel and adjustments.
● He came off pit road 18th before another caution was called on lap 180.
● Almirola raced just outside the top-10 before the stage concluded.
● He brought the No. 10 Ford to the pits at the end of the stage for four fresh tires, fuel and air pressure adjustments.

Notes:
● Almirola earned his 15th top-10 of the season and his second top-10 in 11 career NASCAR Cup Series starts at Darlington.
● Since joining SHR in 2018, Almirola only has one finish outside the top-15 at Darlington.
● This was Almirola’s second straight top-10 at Darlington. He finished seventh in the series’ previous visit to the track on May 20.
● Kevin Harvick’s margin of victory over second-place Austin Dillon was .343 of a second.
● This was SHR’s 28th NASCAR Cup Series victory with Ford. The team won its first race with Ford when former driver Kurt Busch captured the 2017 Daytona 500.
● There were seven caution periods for a total of 34 laps.
● Twenty of the 39 drivers in the race finished on the lead lap.

Aric Almirola, driver of the No. 10 Go Bowling Ford Mustang for Stewart-Haas Racing:
“It wasn’t pretty, but we kept fighting all night. We didn’t get the stage points we would have wanted, but we fought hard to salvage a top-10 finish from the day. It’s great to see Kevin (Harvick) bring a win home for the organization, so congrats to him. I’ve got my eyes set on Richmond now.”

Next Up:
The next event on the NASCAR Cup Series schedule is the Federated Auto Parts 400 on Saturday, Sept. 12 at Richmond (Va.) Raceway. It is the second race in the 10-race NASCAR Playoffs starts and it starts at 7:30 p.m. EDT with live coverage provided by NBCSN and SiriusXM NASCAR Radio.