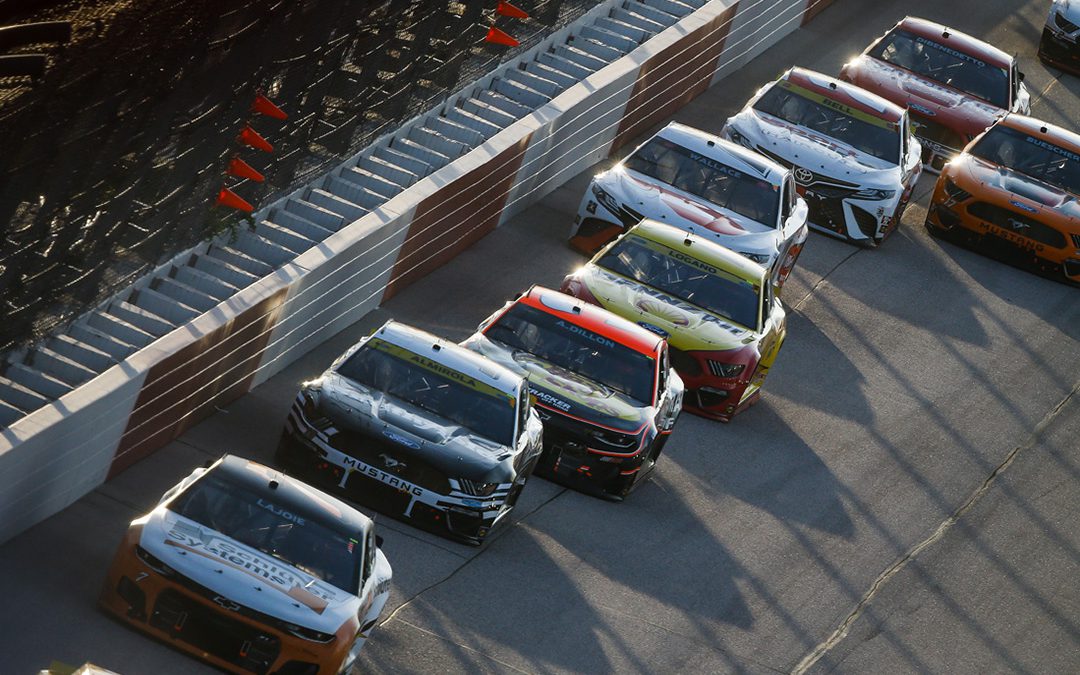 ● Almirola started ninth and finished 18th.
● The caution was called on lap 126 for a spin by the No. 18 car.
● On lap 152 as he ran in 16th, Almirola radioed to Bugarewicz: “I’ve just lost everything. Everything is worse.”
● Almirola pitted under green on lap 157 for four fresh tires, fuel and air pressure adjustments.
● A debris caution was called on lap 164. Almirola and multiple playoff drivers were forced to wave around to rejoin the lead lap.
● Almirola restarted 18th, drove to 15th, then pitted for four fresh tires, fuel and adjustments on lap 196.
● The caution was called again for a cut tire by the No. 24 car with Almirola in 12th.

Final Stage Recap (Laps 231-367):
● Almirola started 13th and finished 16th.
● Almirola raced to 11th on the restart and advanced to the top-10 on lap 255.
● While attempting to pass multiple cars, Almirola slid his Smithfield Ford into the wall, causing minimal damage. He lost one spot to the No. 19 car but passed the No. 8 car.
● The caution came out on lap 319 for a spin by the No. 12 car with Almirola in the 13th position.
● The No. 10 Smithfield driver pitted during the caution period for four fresh tires, fuel and adjustments, putting him one lap down.
● Almirola was forced to check up when the No. 17 car got loose coming off the turn. He escaped the incident with minimal damage to his No. 10, and the caution was called for a spin by the No. 9 shortly after.
● Almirola raced his was back to the Lucky Dog position, but the caution did not come out for the remainder of the race, leaving Almirola one lap down.

“We had a good car today, and we had good speed. We had a great day and our pit crew was on fire until the caution came out late in the race and put us a lap down. The strategy just didn’t play out for us there, but that’s how it goes. We controlled as much as we could control and showed we’re serious contenders.”

The next event on the NASCAR Cup Series schedule is the Federated Auto Parts 400 Salute to First Responders on Saturday, Sept. 11, at Richmond (Va.) Raceway. The second race of the 10-race NASCAR Playoffs starts at 7:30 p.m. EDT with live coverage provided by NBCSN and SiriusXM NASCAR Radio.