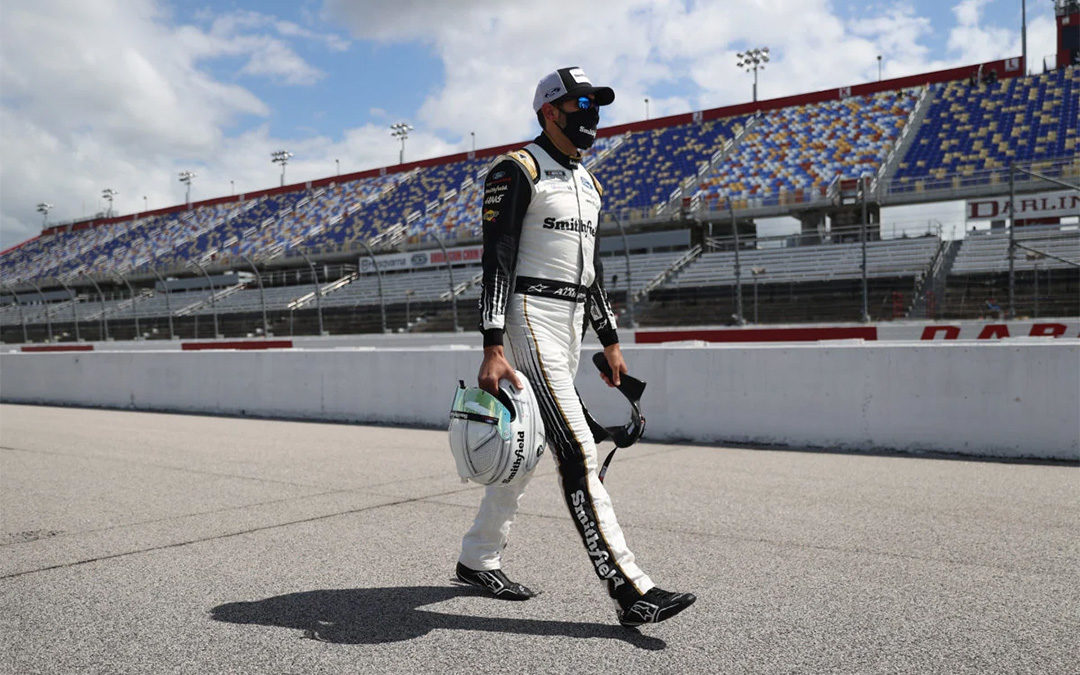 ● The No. 10 Smithfield/#GoodFoodChallenge Ford Mustang fell outside of the top-10 and Almirola raced his way back to eighth before the lap-30 competition caution. He took four tires, fuel and air pressure adjustments.

● During the restart, Almirola raced his way to sixth place.

● At the end of the stage, Almirola pitted for four tires, fuel and wedge adjustments. He said he needed more front turn.

● The No. 10 Smithfield/#GoodFoodChallenge Ford Mustang raced to the top-five in the opening laps.

● On lap 112, the caution was called with Aric in the seventh position. He pitted for four tires, fuel and adjustments.

● Another caution was called on lap 154. Almirola pitted for four tires, fuel and reversed prior adjustments.

● He was handed an uncontrolled tire penalty and was demoted to the rear of the field.

● Almirola raced back to 21st before the stage ended. He took four tires, fuel and adjustments following Stage 2.

● Almirola said the No. 10 Smithfield/#GoodFoodChallenge Ford Mustang was building tighter at lap 202.

● He pitted under caution on lap 216 for four tires, fuel and adjustments from the 17th position.

● He gained four spots on the final restart and raced just outside of the top-10 before the checkered flag waved.

● This was Almirola’s third straight top-12. He finished eighth March 1 at Auto Club Speedway in Fontana, California, and eighth in the series’ last race at Phoenix.

● Almirola’s 12th-place result was just shy of bettering his previous best finish at Darlington – 11th, earned in the 2015 Southern 500.

● Harvick remains the championship leader after Darlington with a 28-point advantage over second-place Bowman.

Aric Almirola, driver of the No. 10 Smithfield/#GoodFoodChallenge Ford Mustang for Stewart-Haas Racing:

“It was a decent day for us. When we had track position we ran up front. That was nice. Then we lost track position and got put to the back of the field. We just had to fight and climb our way back up for the rest of the race, but I’m really proud of my guys and I thought we had a top-10 car. We scored some stage points and had a solid day. I’m proud of everybody. I’m proud of NASCAR being

the first sport to get things going again. It was kind of eerie to walk out to pit road and not see anyone in the grandstands, but it sure felt good to get back in the race car and that thrill of competition was much needed. I hope everybody enjoyed it and I hope everybody got their fix on sports from watching us race. We’re one step closer back to normal. We’ll try again here Wednesday night and see if we can’t get it done. Congrats to Harvick on the win.”

The NASCAR Cup Series returns to Darlington on Wednesday, May 20 for a 500-kilometer race. It starts at 7:30 p.m. EDT with live coverage provided by FS1 and SiriusXM NASCAR Radio.