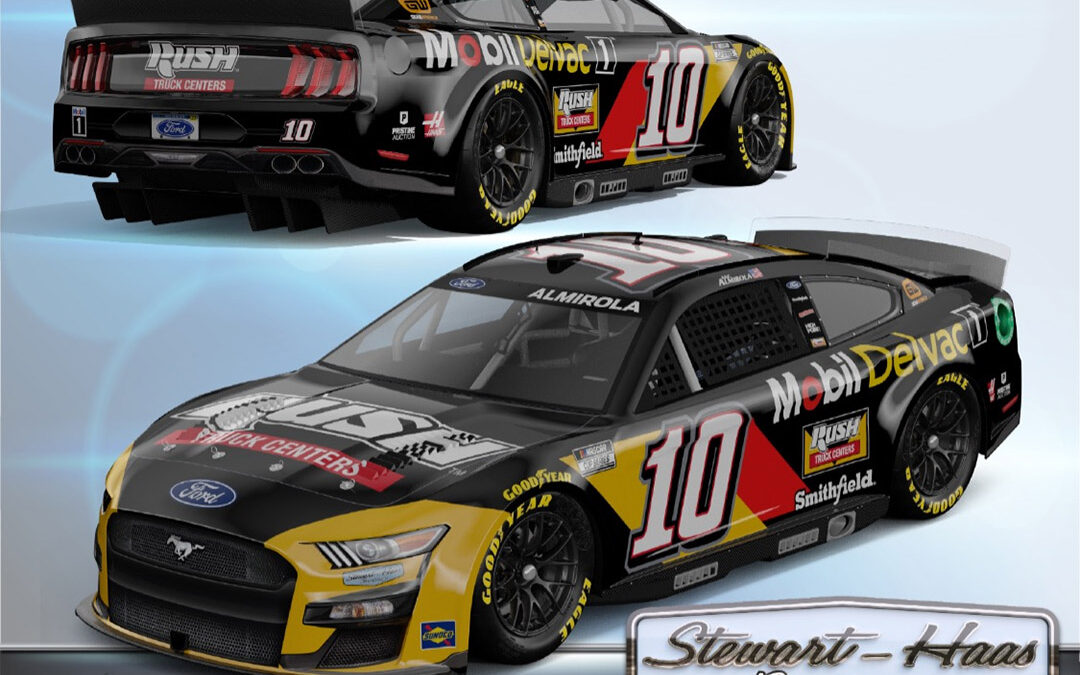 ● Aric Almirola is the only driver in the NASCAR Cup Series who has finished on the lead lap in every race this season.

● Almirola is the only NASCAR Cup Series driver to finish in the top-10 in this year’s opening three races. He finished fifth in the season-opening Daytona 500 at Daytona (Fla.) International Speedway, sixth at Auto Club Speedway in Fontana, California, and sixth at Las Vegas Motor Speedway. Almirola’s top-10 streak ended with a 12th-place finish at Phoenix Raceway despite running inside the top-10 throughout the race.

● Last weekend at Atlanta Motor Speedway, Almirola led six laps and ran up front until he was spun from the front row with 18 laps to go, which caused a mechanical issue and relegated him to a 22nd-place finish.

● Points: Almirola arrives at COTA seventh in the driver standings with 144 points, 27 out of first.

● Last year at COTA, severe rain forced the field to race on rain tires early in Stage 1. Almirola ran as high as 10th before the inclement weather cut the race short with Almirola running 20th.

● One More Time: On Jan. 10,Almirola released a video on his YouTube channel announcing his retirement from fulltime NASCAR Cup Series racing after the 2022 season to spend more time with his family. This year marks Almirola’s 11th fulltime Cup Series season. The official press release can be viewed here.

● Rush Truck Centers will serve as the “Alpha” sponsor of the No. 10 Ford Mustang this weekend at COTA. All of the SHR cars travel from race to race in haulers from Rush Truck Centers, the premier service solutions provider to the commercial vehicle industry. And those haulers are supported by the RushCare team of parts and service experts, who also provide concierge-level service and maintenance, technical support, schedule mobile service, dispatch roadside assistance, help locate the nearest dealer, and more. Rush Truck Centers is the largest network of commercial vehicle dealerships in the United States with 139 locations, and takes pride in its integrated approach to customer needs – from vehicle sales to aftermarket parts, service and body shop operations, plus financing, insurance, leasing and rental, as well as alternate fuel systems and other vehicle technologies.

● Rush Truck Centers is also a leader in all-makes parts for the commercial vehicle industry and recently issued its third All-Makes Parts Catalog. The catalog features 16,000 parts from more than 125 manufacturers, the most common parts needed for commercial vehicles. No matter what brand of truck you drive, you’ll find what you need in this catalog. It also is filled with product and technical tips to help keep you up and running. Contact your local Rush Truck Centers location for a copy.

How do you think the NextGen car will perform at COTA, and will it suit you better?
“Well, this car is absolutely designed more for a road-course race type situation. It’s a more symmetrical car. Our cars used to be offset, and they were more designed to go just left-hand only, so it was more of a big deal to swap over to go road racing. Now, these cars are more symmetrical. So because of that, it is more specifically designed to go left and right, which suits it very well for road racing. The car is a very capable car. It handles well, it brakes very well. It’s got much bigger brakes than what we used to have on the old car, so it stops way better and the brake zones are way more compressed. It is a little bit more thrilling of a car to drive on the road courses.”

Do you enjoy road racing, and how do you continue to hone your craft?
“I have enjoyed road racing and I’ve strived to get better at it. Road racing is not something I grew up doing. I grew up racing go-karts on dirt ovals and then I went to stock car racing on asphalt ovals. I never did any road racing at all until I actually got to NASCAR. That was when I got introduced to road racing and I had a steep learning curve to catch up. I have really enjoyed honing my craft at road racing and trying to figure out how to get better. Having Ford Performance as our partner is so key to improving us on road courses, as well. I’m going to spend about four hours this week sitting in the simulator, logging laps at COTA to get as much practice as possible. That’s really our only chance to practice, so I’m going to put full focus on it this week and hope it pays off.”