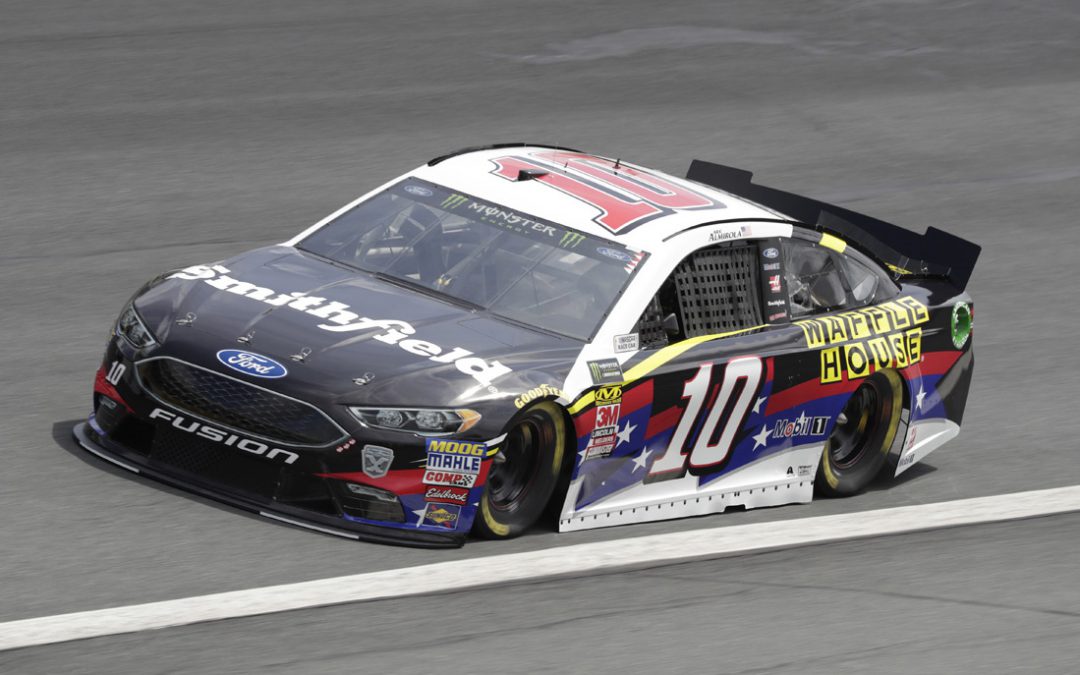 Stage 1 Recap (Laps 1-20):
● Aric Almirola started first and finished sixth.
● Almirola put the No. 10 Smithfield/Waffle House Ford Fusion into the lead right at the beginning of the race and paced the field for the first 11 laps.
● Almirola noted that the front end of his car began to plow on lap 12.
● Pitted for four tires, fuel and adjustments at the end of Stage 1.

Stage 2 Recap (Laps 21-40):
● Started seventh and finished sixth.
● Almirola drove back to second place before he was shuffled out of the lead draft and fell to seventh place.

Stage 3 Recap (Laps 41-50):
● Started third and finished sixth.
● Almirola ran in and around the top-five during the final 10-lap dash.
● Almirola’s Smithfield/Waffle House Ford found momentum on the last lap, but was caught behind traffic as the stage ended.

Next Up:
The next event on the Monster Energy NASCAR Cup Series schedule is the Coca-Cola 600 on Sunday, May 27 at Charlotte Motor Speedway. The race starts at 6 p.m. EDT with live coverage provided by FOX beginning at 5:30 p.m.