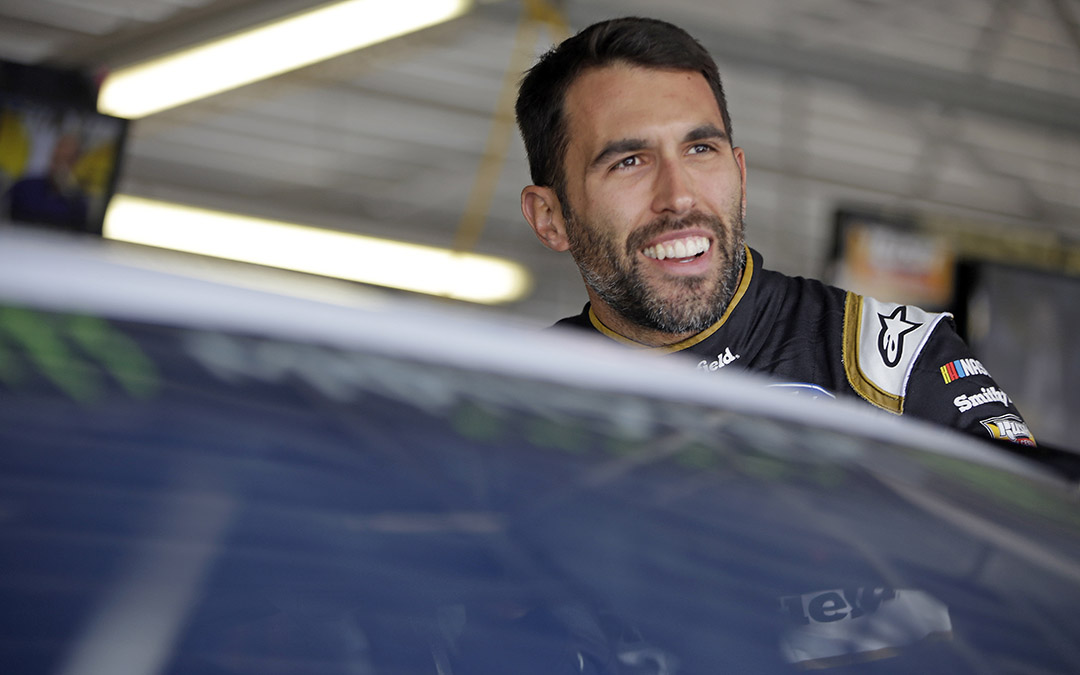 Hoping To Bring Home the Bacon

KANNAPOLIS, North Carolina (May 15, 2019) – Saturday night at Charlotte (N.C.) Motor Speedway, Aric Almirola will make his second appearance in the Monster Energy NASCAR All-Star Race and first with Stewart-Haas Racing (SHR) in hopes of bringing home the bacon in the form of a $1 million check in the typically wild, non-points feature event.

“We have the chance to win a million dollars and it’s such a challenging race because the package is different and everyone is learning together,” Almirola said. “The All-Star Race is such a cool event because we get to try new things and there’s no pressure on your point standings. But a million dollars is definitely incentive enough to race as hard as we can to bring it home.”

This year’s race features a new rules package that NASCAR anticipates including on its upcoming seventh-generation racecar set to arrive in 2021. NASCAR is adding a single-piece carbon fiber splitter/pan intended to improve ride-height sensitivity. The splitter intends to provide a more stable aero platform and create more consistent performance in traffic. A new radiator duct is the second new element, which exits through the hood, as opposed to the current design that exits into the engine compartment. This feature is expected to improve aerodynamic parity and reduce engine temperatures.

The All-Star Race will again be run in four stages, with a five-lap increase in the final stage compared to last year’s race. The stages will be 30 laps, 20 laps, 20 laps and 15 laps. Both green-flag and yellow-flag laps will count in Stages 1 through 3. Only green-flag laps will count in the final stage. NASCAR overtime rules will be in effect for Stages 1 through 3. In the final stage, if the race is restarted with two or fewer laps remaining, there will be unlimited attempts at a green, white, checkered finish under green-flag conditions.

This year’s race includes all 2018 and 2019 Cup Series race winners, former All-Star Race winners competing full-time, and former Cup Series champions competing full-time. Almirola’s 2018 victory at Talladega (Ala.) Superspeedway in October ensured he gets to bypass Saturday night’s Monster Energy Open, which precedes the All-Star Race. Fifteen drivers, including Almirola’s SHR teammates Kevin Harvick and Clint Bowyer, are locked into the All-Star Race with four more spots added from the Open. The Open’s three stage winners and the winner of the NASCAR Fan Vote will fill the remaining four spots in the All-Star Race.

Almirola has never been much for material objects, so his answer to what he would do with a $1 million was par for the course.

“I would invest it immediately because, in seven to eight years, it will be worth double,” he said with a laugh.

Almirola’s stats this year at 1.5-mile ovals like Charlotte indicate a strong run anticipated for the No. 10 Smithfield Ford team. The No. 10 driver has earned a top-10 at three of the four 1.5-mile tracks he’s visited this season. He has also finished inside the top-10 in five previous appearances in the Open, and 14th in his lone All-Star Race attempt in 2015.

The All-Star Race marks the 11th weekend the iconic black-and-white Smithfield livery has adorned Almirola’s No. 10 Ford Mustang. Smithfield, a brand of Smithfield Foods, is in its eighth season with Almirola and its second with SHR. Founded in 1936, Smithfield is a leading provider of high-quality pork products with a vast product portfolio including smoked meats, hams, bacon, sausage, ribs, and a wide variety of fresh pork cuts.

The No. 10 Ford driver has one pole, a top-five finish, seven top-10s and has led 99 laps this season in his bid for the Cup Series championship. But Saturday night’s low-pressure, non-points event will be a chance to just have a little fun.

What do you think about the rules package for the All-Star Race?
“I think change and attempts at improvement are always a good sign. That’s the fun thing about the All-Star Race, though. We get to go test out a package and the first person to figure it out has a better chance to win. Our No. 10 Smithfield Ford team has always been good at adapting under pressure, so I’m looking forward to seeing what we can do.”

Notes of Interest:
● Aric Almirola will make his second career start in the Monster Energy NASCAR All-Star Race at Charlotte. His eligibility was earned by virtue of his most recent win Oct. 14, 2018 at Talladega (Ala.) Superspeedway.
● In Almirola’s previous All-Star Race start in 2015, he earned a 14th-place finish.
● Career: Almirola has career totals of two wins, two poles, 16 top-five finishes, 56 top-10s and 456 laps led in 292 starts.
● 2019: Almirola has earned one pole, one top-five finish, seven top-10s and has led 99 laps in 11 races this season.
● Point standings: Almirola is 11th in the Cup Series standings with 309 points, 151 out of first place.
● 1.5-mile tracks: Almirola has raced at four 1.5-mile tracks this season, earning one pole, three top-10 finishes and 39 laps led.
● Crew chief Johnny Klausmeier is in his second full-time season as a Cup Series crew chief. The Perry Hall, Maryland, native transitioned from an engineer to Almirola’s crew chief for the 2018 season. Klausmeier has one win as a substitute crew chief while filling in for Tony Gibson at Pocono (Pa.) Raceway in June 2016, and one win as a crew chief for Almirola last fall at Talladega. As a race engineer at SHR, Klausmeier worked with drivers Ryan Newman, Danica Patrick and Kurt Busch.
● Smithfield rejoined SHR this season and will be the primary partner for the majority of the season on the No. 10 Ford Mustang piloted by Almirola. Founded in 1936, Smithfield is a leading provider of high-quality pork products, with a vast product portfolio including smoked meats, hams, bacon, sausage, ribs, and a wide variety of fresh pork cuts.