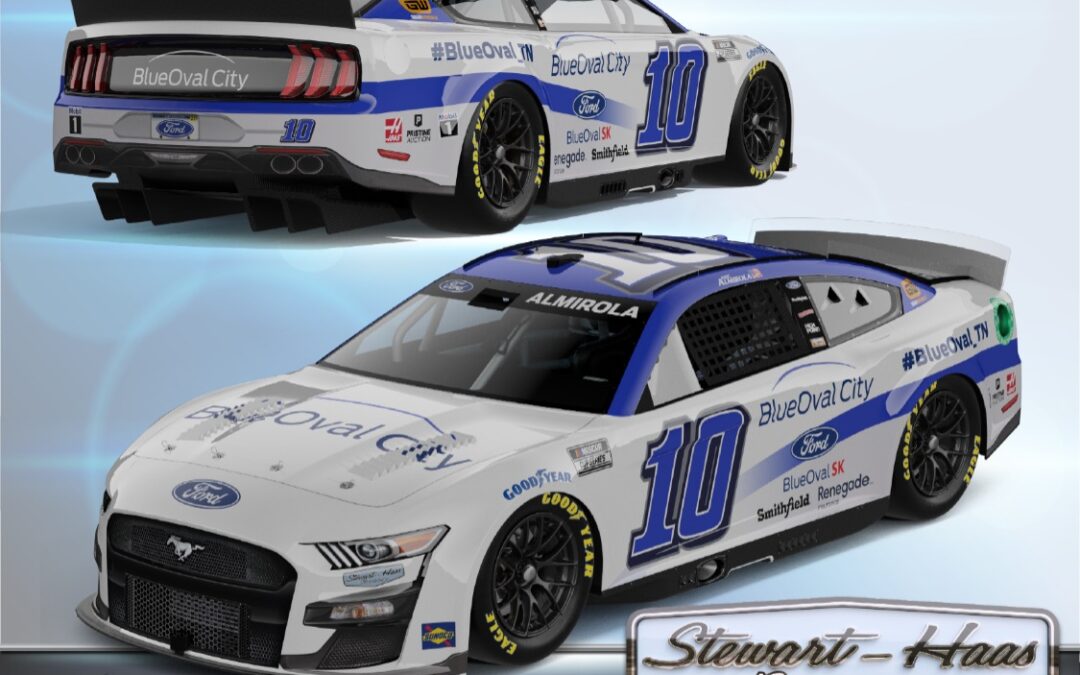 ● Last weekend at Kansas: Almirola had to rally for a 21st-place finish after an engine change on Saturday forced the No. 10 team to start in the rear for Sunday’s race. After the team opted to stay on track during the first stage break, Almirola led the field to green to start the second stage but was collected in an accident not of his own doing later in the race, which ultimately created handling issues that could not be remedied.

● 2022 Season: Through 28 races this season, Almirola has earned two top-five finishes, seven top-10s, and has led six laps. His average finish of 17.4 and seven top-10s have bettered his totals for the entire 36-race 2021 season.

● Driver Points: Almirola arrives at Bristol 20th in the driver standings with 618 points.

● BlueOval City: This weekend, Almirola will sport a brand new paint scheme that showcases one of the largest auto manufacturing facility projects in U.S. history. BlueOval City is an all-new electric vehicle and battery manufacturing campus located in West Tennessee. This $5.6 billioninvestment will be home to Ford’s next-generation electric truck and will produce batteries for future Ford and Lincoln vehicles. The site spans six square miles and will encompass vehicle assembly, battery production, and a supplier park in a vertically integrated ecosystem. Once fully operational, the assembly plant at BlueOval City will be carbon neutral, send zero waste to landfills, and meet Ford’s air emission goals. Production of the all-new electric truck will begin in 2025. In addition to the 4,100-acre property, two BlueOval SK battery plants will be built in Kentucky, creating a total of 11,000 new American jobs. These facilities reimagine how electric vehicles and batteries are designed, built and recycled – all built for America with an $11.4 billion investment by Ford and its partners.

● Back for More: Earlier this year, Almirola announced that he would step down from fulltime racing following the 2022 season.Through the course of the year, Almirola has discovered a new balance between his passion for racing and dedication to his family. His wife Janice, and kids Alex and Abby, join him on most race weekends, oftentimes enjoying once-in-a-lifetime experiences together as they travel the country. His rapport with crew chief Drew Blickensderfer has flourished, and the intense pressure he had put on himself was replaced with the joy of simply being present. Not only did Almirola see a new perspective on the sport, but so did anchor partner Smithfield Foods, who broached the subject of Almirola returning to fulltime racing in 2023. On Friday, Aug. 26, Almirola, Stewart-Haas Racing, and Smithfield Foods announced his return with a multi-year agreement and the largest allotment of races since joining the team in 2018.

Aric Almirola, Driver of the No. 10 BlueOval City Ford Mustang for Stewart-Haas Racing:

We’re back on the concrete surface at Bristol. Does that excite you?
“Absolutely. The original Bristol is one of my favorite tracks on the circuit. I know the dirt race puts on a good show for the fans, but there is nothing like Saturday-night short-track racing under the lights. You’re beating and banging the entire time and just always on edge. I’ve been looking forward to Bristol all year and our short-track program has been good this year. I hope we’ll have a shot at adding another non-playoff driver win to the scoreboard this weekend.”

How cool is it to be a part of such a revolutionary project with Ford Motor Company?
“One of the many great things about being a Ford driver is that you are part of a company that helped reshape America. That’s what Henry Ford did when he formed Ford Motor Company and BlueOval City will have the ability to do the same thing for this generation when it gets up and running. I’m excited to see what the future holds and hope I can give them a good run on Saturday night.”