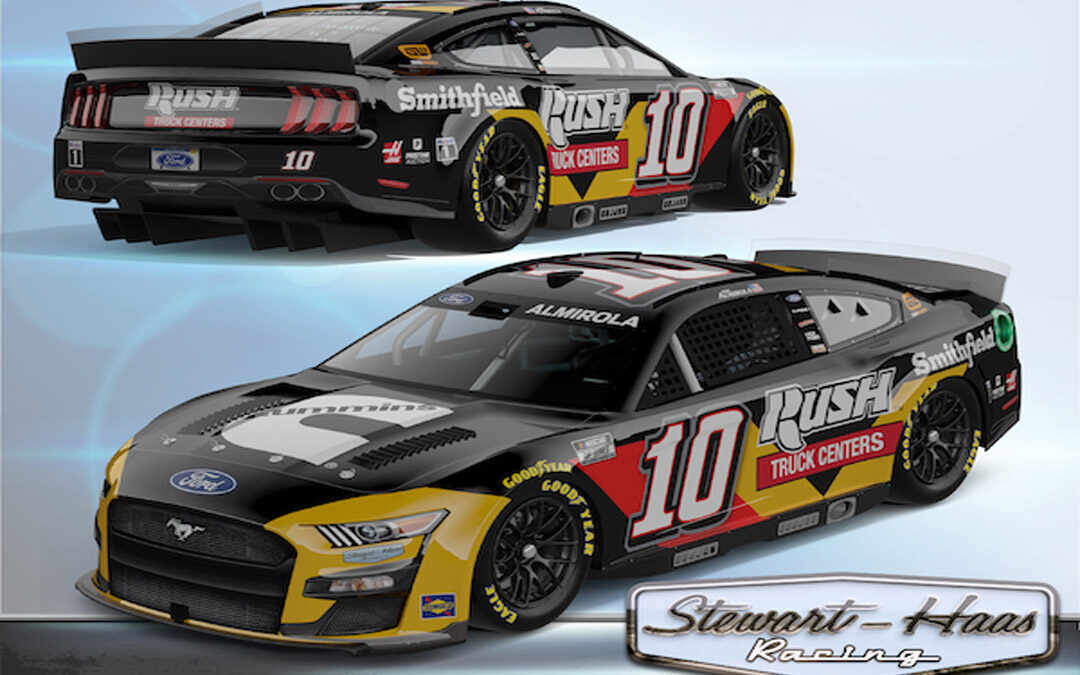 ● Dirt Racing History: Almirola had seven starts starting in 2006 in the Prelude to the Dream charity event that Stewart-Haas Racing co-owner Tony Stewart hosted from 2005 to 2012 at his Eldora Speedway half-mile dirt oval in Rossburg, Ohio. Almirola scored a best finish of third and earned four top-10 finishes in those six outings. Almirola also won an exhibition race at the Talladega (Ala.) Short Track.

● Almirola’s experience in the inaugural Bristol Dirt Race last year was short lived. He started 23rd and began to run better lap times than the majority of the field by lap 20. On lap 39, his No. 10 SHR Ford and the No. 77 of Stewart Friesen made contact. The contact sent Almirola into a large clump of dirt at the bottom of the track, spinning the No. 10 SHR Ford into the middle lane. Almirola’s racecar was struck by multiple cars, ending his day.

● A Little-Known Fact: Almirola started his racing career on dirt. He raced go-karts at Dirt Devil Speedway in Land O’Lakes, Florida, which was built and owned by his grandfather Sam Rodriguez, who was a well-known dirt Sprint car racer. Not only did Almirola start his racing career on dirt, he learned valuable lessons about how to operate a dirt track from age 11 to 18.

● Points: Almirola arrives at Martinsville eighth in the driver standings with 223 points, 65 out of first. He advanced three positions from the previous race weekend.

● Cummins will serve as the “alpha” sponsor of the No. 10 Ford Mustang this weekend at Bristol. Indiana-based Cummins, from car owner Tony Stewart’s hometown of Columbus, is a corporation of complementary business segments that design, manufacture, distribute and service a broad portfolio of power solutions. It is best known for its diesel truck engines. Since its founding in 1919, Cummins now employs approximately 61,600 people and serves customers in about 190 countries and territories through a network of some 8,000 wholly owned and independent dealer and distributor locations.

● Rush Truck Centers will also adorn the No. 10 Ford at Bristol this weekend. All of the SHR cars travel from race to race in haulers from Rush Truck Centers, the premier service solutions provider to the commercial vehicle industry. And those haulers are supported by the RushCare team of parts and service experts, who also provide concierge-level service and maintenance, technical support, schedule mobile service, dispatch roadside assistance, help locate the nearest dealer, and more. Rush Truck Centers is the largest network of commercial vehicle dealerships in the United States with 139 locations, and takes pride in its integrated approach to customer needs – from vehicle sales to aftermarket parts, service and body shop operations, plus financing, insurance, leasing and rental, as well as alternate fuel systems and other vehicle technologies.

Talk about your dirt racing background.
“Growing up, I went to the dirt track to watch my grandpa race dirt Sprint cars, so that’s all I knew – scraping mud off of racecars. When I was growing up, my grandfather was always making fun of people who raced on asphalt. He said asphalt was for ‘getting to the racetrack.’ Then when I started go-kart racing, all of the racing was on dirt. It was a very different discipline and so that’s what I learned from. My grandpa actually built his own dirt go-kart track, so when I was 11 all the way to 18 years old, I helped prepare the track every single weekend there was an event at his track. I was very familiar with watering, grading and prepping the track and everything that was needed to go into making a good surface for the weekend. I have a lot of memories from starting on dirt, but as I started to stock-car race I transitioned to asphalt. My grandfather was a firm believer that if I was going to make it in NASCAR, I would need to become a great asphalt racer because he thought dirt racing would teach me bad habits. It’s been a long time since I’ve done much dirt racing. Before last year’s Bristol dirt race, I think the last time I raced dirt was the Prelude (to the Dream) that Tony Stewart hosted. I think I have eight total races in a racecar on dirt. I’ve had mild success at that.”

This will be your second Bristol dirt race start. Despite ending prematurely, talk about your first experience.
“It was interesting, that’s for sure. No one knew what to expect going into it last year and now, with this new car, no one really knows what to expect again. It’s definitely going to be a race of survival. Bristol is such a short track and there is nowhere to go when you get sideways. We got pinched down and hit a huge clump of dirt that spun us out and the cars behind us had nowhere to go and took us out. I had just gotten in a groove, too, where I felt like we could have a decent day. If there was one positive to take, it’s that we can always adapt no matter what track is thrown at us.”

We’re racing on Easter weekend. Do you and the family have any traditions planned?
“Yeah. We’re going to cook up an Easter Smithfield Spiral Ham on the Pit Boss and Janice (wife) is going to make us a traditional Easter lunch. We’ll have the kids with us, so I’m happy we’re able to be together on Easter again. Bristol Motor Speedway, Marcus (Smith) and everyone is putting on an Easter service around 4 o’clock before the race. It’s going to be broadcasted for all the fans in attendance to watch, and we will, too.”