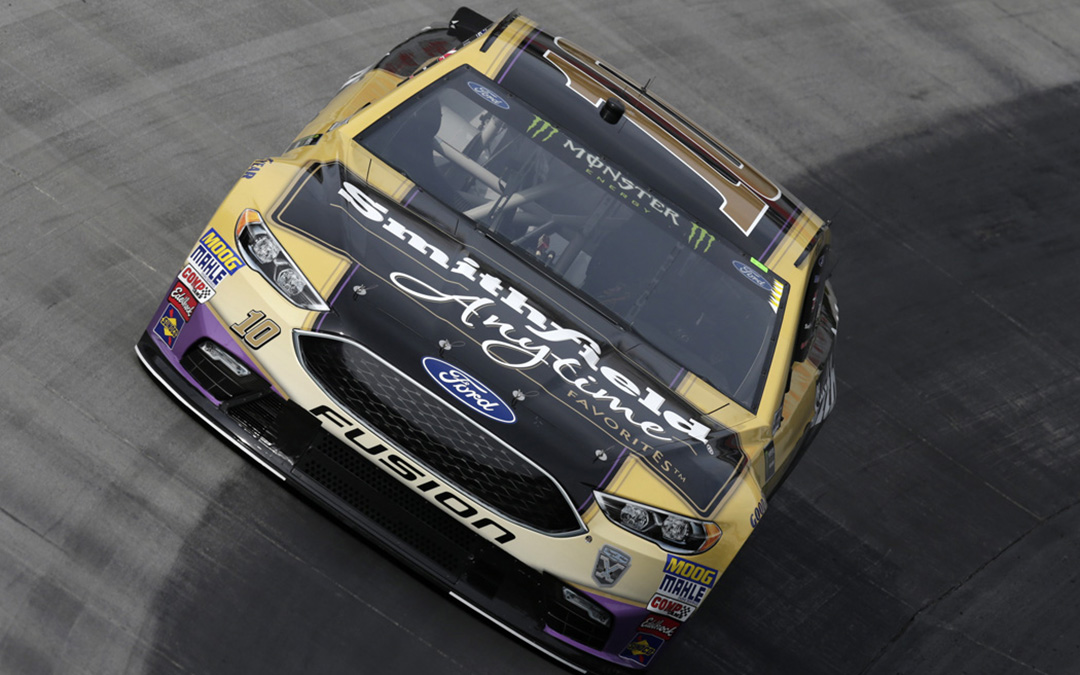 Stage 1 Recap (Laps 1-125):
● Aric Almirola started eighth and finished Stage 1 in the fifth spot to earn six stage points.
● The Smithfield driver avoided an early caution and was in seventh when the competition caution was displayed on lap 60.
● During that caution he reported the No. 10 Ford Fusion was too tight. He came to pit road for fuel, four tires and adjustments during the caution and restarted 10th on lap 66.
● The balance of the stage ran under green, and Almirola finished fifth in the Smithfield Anytime Favorites Ford.

Stage 2 Recap (Laps 126-250):
● Almirola started Stage 2 in fifth and completed it fourth to earn seven bonus points.
● On lap 194 Almirola entered the second spot with the Smithfield Ford.
● The fourth caution was display on 198; Almirola pitted for fuel, four tires and adjustments and restarted third on lap 203.
● The remainder of the stage was under the green flag, and Almirola ended it fourth to earn seven stage points.

Final Stage Recap (Laps 251-500):
● Almirola started the final stage in the second position and ended it 31st.
● On lap 336, while running in fifth, Almirola was black flagged by NASCAR because of smoke coming from his Ford Fusion.
● Ultimately, the Tampa native had to bring the Smithfield Ford behind the wall for the crew to repair a fluid leak.
● Once the leak was repaired, Almirola returned to the race to log laps for the remainder of the event, finishing in 31st.

Next Up:
The next event on the Monster Energy NASCAR Cup Series schedule is the Bojangles’ Southern 500 on Sunday, Sept. 2 at Darlington (S.C.) Raceway. The race starts at 6 p.m. EDT with live coverage provided by NBCSN.