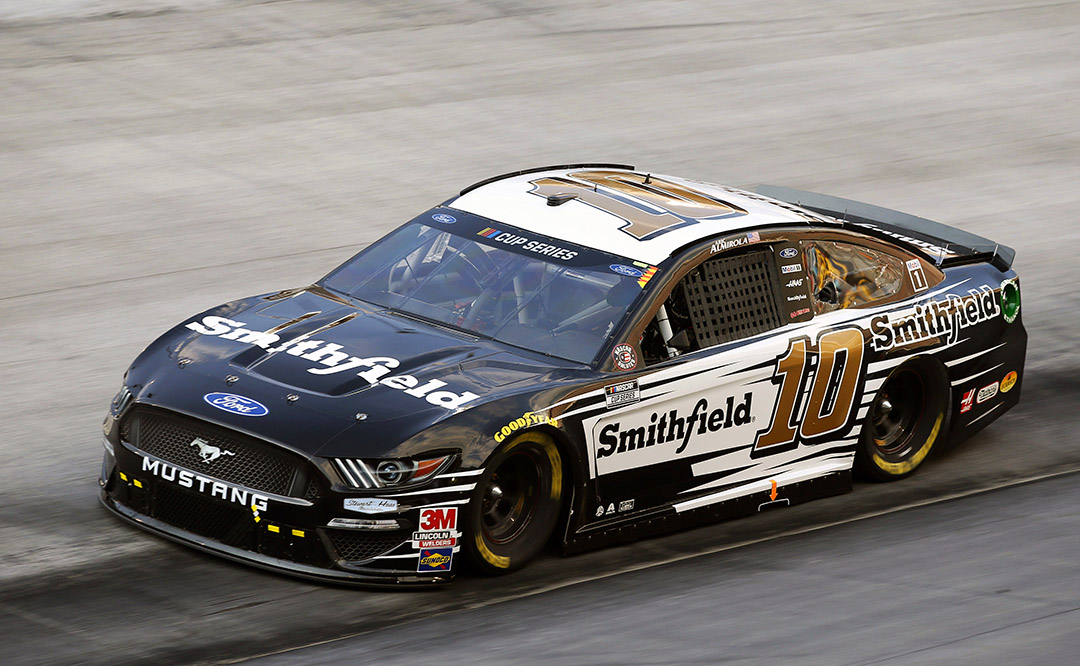 Smithfield Ford Driver Qualifies in the Open and earns Top-10

Note II: The All-Star Open was the undercard event to the NASCAR All-Star Race, where non-qualified drivers attempted to race their way into the All-Star Race by winning any one of the race’s three stages or by winning the fan vote.

Stage 1 Recap (Laps 1-55):
● Aric Almirola started 16th and finished sixth.
● Almirola raced his Smithfield Ford to sixth by lap 40.
● He pitted at the end of the stage for four tires, fuel and adjustments to correct loose-handling conditions.

● Almirola started 12th and finished 11th .
● The No. 10 Ford driver raced just outside the top-10 in Stage 3 and said the previous adjustments helped.
● He pitted at the end of the stage for four tires, fuel an adjustments.

Aric Almirola, driver of the No. 10 Smithfield Ford Mustang for Stewart-Haas Racing:
“Great job to all of our guys. We definitely deserved to be in this race today. We learned some things today. Can’t wait to get to Texas this weekend and continue the momentum to get us a win.”

Next Up:
The NASCAR Cup Series returns to points-paying racing on Sunday, July 19 with the O’Reilly Auto Parts 500 at Texas Motor Speedway in Fort Worth. The race gets underway at 3 p.m. EDT with live coverage provided by NBCSN and SiriusXM NASCAR Radio.