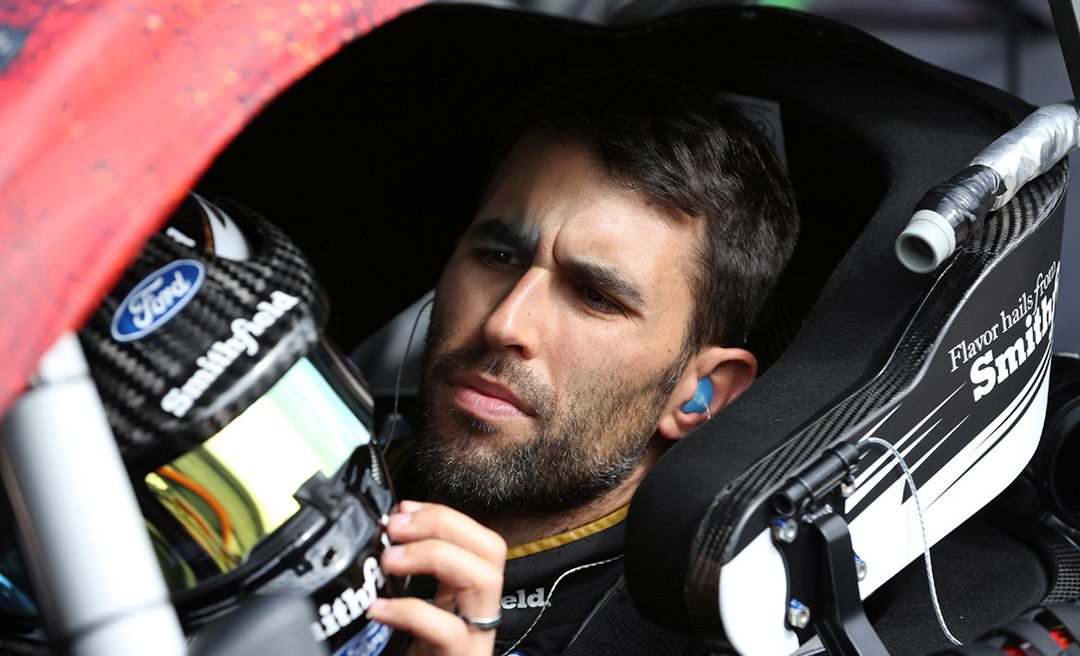 Almirola Has Early Exit at Bristol

Stage 1 Recap (Laps 1-125):
● Aric Almirola started sixth and finished 37th.
● On the outside of William Byron’s No. 24 machine in turn two on lap two, Almirola was pushed into the wall when Byron got loose and slid into Almirola’s No. 10 Shazam!/Smithfield Ford Mustang.
● The right-front corner of Almirola’s Mustang hit the wall first, and the impact bent the lower control arm beyond repair.
● With Almirola unable to steer his racecar, his race was over.
● The DNF (Did Not Finish) ended a six-race streak of top-10 finishes.

Notes:
● Kyle Busch won the Food City 500 to score his 54th career Monster Energy NASCAR Cup Series victory, his series-leading third of the season and his eighth at Bristol. His margin of victory over second-place Kurt Busch was .722 of a second.|
● There were 11 caution periods for a total of 77 laps.
● Only 16 of the 37 drivers in the Food City 500 finished on the lead lap.
● Kyle Busch leaves Bristol as the championship leader with a 27-point advantage over second-place Denny Hamlin.

Aric Almirola, driver of the No. 10 Shazam!/Smithfield Ford Mustang for Stewart-Haas Racing:

“The 24 (Byron) just got loose under me. He struggled to get going on the initial start. He spun his tires and then was just loose and out of control that whole first lap. When we went down in turn one, he lost it under me and wiped us out. I’m pretty frustrated. You work all weekend, all week getting ready for the event, and to make it one lap is kind of uncalled for. So, I’m disappointed, frustrated, but life goes on. We’ll go to Richmond.”

Next Up:
The next event on the Monster Energy NASCAR Cup Series schedule is the Richmond 400 on Saturday, April 13 at Richmond (Va.) Raceway. The race starts at 7:30 p.m. EDT with live coverage provided by FOX.