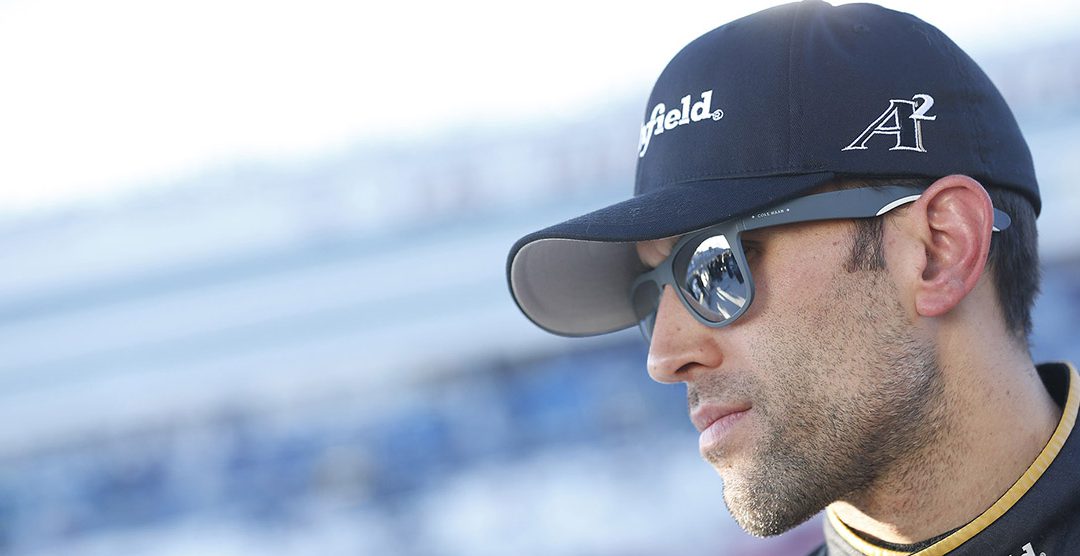 KANNAPOLIS, North Carolina (April 11, 2018) – Aric Almirola and the No. 10 Smithfield Ford Fusion team for Stewart-Haas Racing (SHR) venture to Bristol (Tenn.) Motor Speedway this weekend for the eighth race of the Monster Energy NASCAR Cup Series season. After a late-race accident in last weekend’s event at Texas Motor Speedway in Fort Worth took Almirola out of contention for another solid finish, the 34-year-old driver looks for redemption this weekend at the “World’s Fastest Half-Mile.” Before the accident in the final stage at Texas, Almirola was the only Cup Series driver who had yet to finish outside the top-14 this season.

The Bristol short track is relatively close to the team’s headquarters in Kannapolis, North Carolina. It’s about a three-hour drive through mountains of North Carolina and Virginia, and just inside the state of Tennessee. Before heading to the high-banked, .533-mile oval, Almirola will make his way down the road to Knoxville, Tennessee, for Food City Race Night at the Knoxville Expo Center on Thursday. The longtime fan event about two hours southwest of Bristol is hosted by Food City and draws a big crowd in one of Tennessee’s larger markets.

A win at Bristol is one of the most coveted on the circuit, and the track is known for its beating and banging, which also makes it a fan favorite. The track’s popular campgrounds provide the opportunity for comradery among friends and an even better occasion to fire up the grill and prepare Smithfield products. Almirola, the Tampa, Florida native, will make his 18th Cup Series start at the track dating back to 2007, when he ran a part-time schedule for Dale Earnhardt Inc. Like the fans and his driving competitors, it’s become a favorite for Almirola, as well. “Bristol is a track that I circle each year and I’m confident that I can go there and run at a high level,” he said.

This weekend marks the second short-track race of the season with Martinsville (Va.) Speedway’s being the first three weekends ago. There, Almirola persevered with a 14th-place finish after making contact with a teammate on pit road and receiving two pit-road speeding penalties.

Bristol marks the seventh weekend the Smithfield livery has adorned Almirola’s No. 10 Ford Fusion. Smithfield, a brand of Smithfield Foods, which is based approximately five hours northeast of SHR headquarters in Smithfield, Virginia, is in its seventh season with Almirola and its first with SHR. Founded in 1936, Smithfield is a leading provider of high-quality pork products, with a vast product portfolio including smoked meats, hams, bacon, sausage, ribs, and a wide variety of fresh pork cuts.

Almirola has his eye on victory lane as he continues to surpass his performance from his previous 10 Cup Series seasons with an average finishing position of 14.1 through the first seven races of 2018. The Ford driver continues to accomplish the goals he set out with at the start of the season. “As we build a notebook together and sort of solidify our spot in the points, we start inching our way to being more aggressive and trying to put ourselves in a better position to win races. In the beginning of the year, the big thing we didn’t want to do was put ourselves into a hole and make mistakes,” the Smithfield driver said.

In addition to his Cup Series experience at Bristol, Almirola has seven Xfinity Series starts with four of those resulting in top-10 finishes.

After this weekend’s race at Bristol, and before heading to Richmond (Va.) International Raceway next week, Almirola will head to Michigan International Speedway for a two-day Goodyear tire test April 17 and 18 with the No. 10 team. Almirola will visit the Michigan media center during the lunch break April 18.

A new team, a new everything – are you excited to get back to racing at Bristol Motor Speedway?
“I know my results at Bristol in the past haven’t been that great, but I’ve pretty much thrown everything from the past out the window there. I’ve surpassed all of my past results already in these first few races so far. To go back to Bristol, a place that I really enjoy racing at, a place that I feel comfortable at, is great. I like to race there and, with these Stewart-Haas Racing cars, it’s a track that I kind of have circled on my calendar as a place that we can go and get the job done.”

How would you characterize your season so far?
“We’re off to a good start. I think we all expected to be competitive and I think we are right on target as far as where we wanted to be, to be honest. Johnny Klausmeier (crew chief) and myself sat down before the start of the season and he said we need run top-15 to be competitive and run in the top-10, and consistently be up front. I would say, the first five races of the year, we did a great job of that, and then we went to Martinsville and just made loads of mistakes. The very first pit stop, I pulled out of my box and crashed with (Kevin) Harvick on pit road, and then the speeding penalties following that. We had to do a lot of damage control at Martinsville to get out of there with a 14th-place finish. I was disappointed because I felt like we had a top-five car and a day like that can set you up to make the playoffs. I think that was a character-building day for us to battle back from all of the things we did and to get out of there with a top-15.”

Talk about the strength of Stewart-Haas Racing with four wins already this season.
“We’re firing on all eight cylinders. They’re bringing fast racecars to the racetrack every weekend for all four of our teams and we’ve going it on right now. You just hope to continue that and keep that competitive edge. One of the really cool things that I’ve noticed from being at Stewart-Haas Racing for just a short time is everybody at the team eats, sleeps and breathes racing. I mean, they wake up in the morning just thinking about how they make racecars go faster and they are not content just because we’ve won four races. They’re still constantly trying to figure out ways to improve on our racecars and keep that edge.”