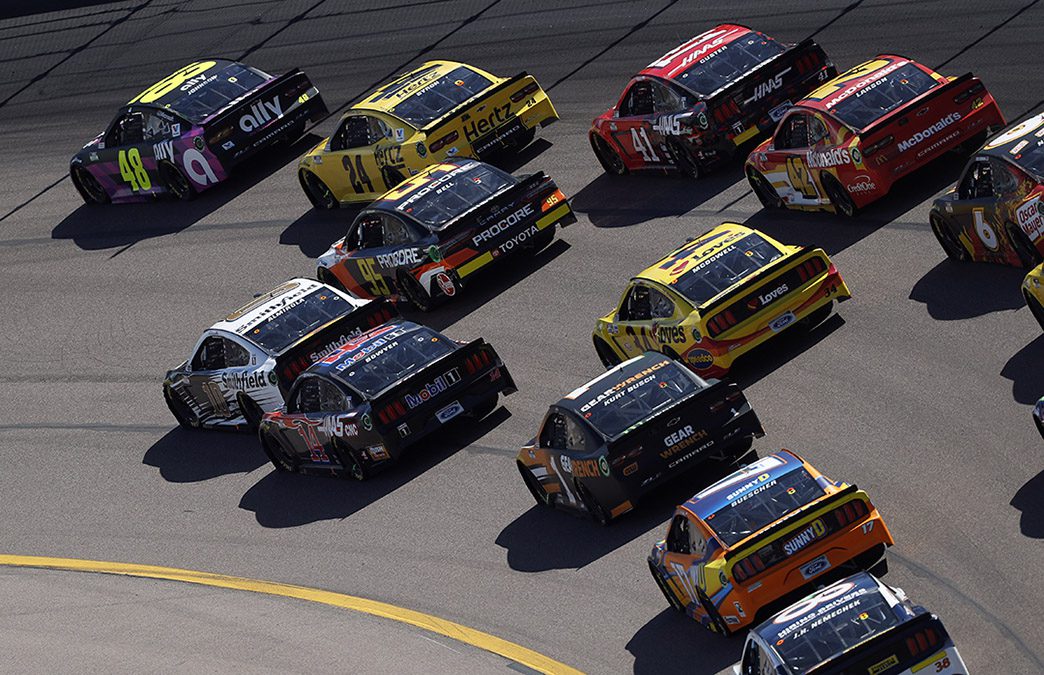 KANNAPOLIS, N.C. (March 24, 2020) – Words matter. For example, there’s a big difference between “postponed” and “canceled”. Postponed means to defer, or to put off until a later time. Canceled, meanwhile, means to make void, revoke or annul.

NASCAR has been on hiatus since the coronavirus outbreak suspended the entire sports industry, but its races have only been postponed, which means all will eventually happen. But for an entity that lays claim to the longest season in all of professional sports – one that spans 36 point-paying races across 10 months from early February to November – rescheduling those postponed races will require some creative thinking.

Midweek shows? Why not? Doubleheaders? Sure. In fact, NASCAR has performed the former numerous times with the NASCAR Gander RV & Outdoors Truck Series race at Eldora Speedway in Rossburg, Ohio. Since its inception in 2013, the Truck Series race at Eldora has owned a midweek date in July. This year’s race is slated for Thursday, July 30. A doubleheader, meanwhile, is already slated for June 27-28 at Pocono (Pa.) Raceway with the flagship NASCAR Cup Series.

Certainly more midweek races and doubleheader weekends can satisfy the appetite of NASCAR fans hungry for real racing action, while also serving as the solution for rescheduling postponed events.

“If you’ve followed me, you know I’ve been pretty vocal about changing things up when it comes to the schedule,” said Kevin Harvick, the 2014 NASCAR Cup Series champion who drives the No. 4 Busch Light Ford Mustang for Stewart-Haas Racing (SHR). “When it comes to the 2021 schedule, NASCAR was already looking outside the box of things we can do differently. Out of necessity, how we configure race weekends and when we race will have to be figured out for when we get back to racing this year. It’s actually not a bad thing. Change is different, but it can be good, and we’ll have to think differently and be open-minded to what the rest of this year’s schedule ends up looking like.”

Aric Almirola, driver of the No. 10 Smithfield Ford Mustang for SHR, is of the same mindset as Harvick.

“NASCAR has been pretty straightforward in saying that all options are on the table, including midweek races and more doubleheaders. I’m even more intrigued to see what the TV viewership would look like. I think a midweek race would resonate really well. Fans who worked all day can come home, eat dinner and then relax on the couch while we put on a show. I think it would be pretty cool for them.”

While the Atlanta race weekend originally scheduled for March 13-15 ended up getting postponed, a revised schedule saw a Saturday-only timeline where the NASCAR Cup Series qualified at 11 a.m. and raced at 2 p.m. Practice was scuttled entirely in an effort to get everything completed in a single day.

“I think as soon as everyone got to Atlanta and saw the schedule change, it raised an eyebrow,” said Clint Bowyer, driver of the No. 14 Rush Truck Centers/Mobil 1 Ford Mustang for SHR. “We said, ‘Hey, we can do these races in a day.’ I was fine with it. You know we need to do whatever we can do to put on a show for all these fans across the country. If all we have time for is a one-day show, then so be it. I think we can provide enough bang for their buck.”

But what if a condensed schedule meant little to no practice?

“Teams have a lot of data simulation to predict how their car is going drive and handle at a particular track, but it’s not always perfect,” Almirola said. “Oftentimes, we show up to the racetrack, make changes, and make the car better from the time we unload until we get ready for the race. And it helps the driver to just pick up some reference points and kind of adapt to what you have for the balance in your car that weekend.

“Practice is always helpful, even if it’s just a little bit. It would present a challenge to not practice, but it would at least be the same for everybody.”

Almirola, like his SHR teammates Harvick and Bowyer, are NASCAR Cup Series veterans. But for a rookie seeing some of these venues for the first time, track time is even more cherished.

“Being a rookie, I would rather have the practice session to get a feel for the car and the track going into the race,” said Cole Custer, the first-year driver of the No. 41 Haas Automation Ford Mustang for SHR. “It would be a little harder just getting one or two qualifying laps in and then going racing. Any time on the racetrack as a rookie is huge – the more, the better. If all we did was qualify, like we were set to do at Atlanta, it would put a lot of emphasis on our preparation going into the weekend. For me, practice is just really important so we can work on the car and get used to the track.”

No matter what the revised calendar ends up being, drivers will adapt.

“In every crisis situation, there are things to be learned and positives to bring out of it,” Bowyer said. “There’s certainly the opportunity to do a midweek race or a one-day show or a doubleheader. All those options are on the table.”

And after a hiatus that will last almost as long as the traditional offseason, how will drivers pick up where they left off when the series departed Phoenix Raceway back on March 8?

“During the offseason, I’m very relaxed, but this is so different,” Almirola said. “My mind is still so focused on racing. I’m continuing to work out and I go through the week with a schedule and stay in shape because, quite honestly, I think it’s going to be even more important to be in tip-top shape when we’re ready to go and the season does start back up because we’re going to be racing a lot.

“We’re talking about running races on the weekend, then midweek, then another the following weekend. If we do that, running three races in a week is going to be a lot. Recovering after the race and getting your body and mind prepped for the next race in a short period of time will be important. I’m focused on eating right, getting plenty of protein, and staying in shape to be as ready as possible for whatever this season has in store for us.”

Stewart-Haas Racing is the title-winning NASCAR team co-owned by three-time NASCAR Cup Series champion Tony Stewart and Gene Haas, founder of Haas Automation – the largest CNC machine tool builder in North America. The Kannapolis, North Carolina-based organization has won two NASCAR Cup Series titles, one NASCAR Xfinity Series championship and more than 70 NASCAR races, including such crown-jewel events as the Daytona 500, Brickyard 400 and Southern 500. For more information, please visit us online at www.StewartHaasRacing.com, on Facebook at www.Facebook.com/StewartHaasRacing, on Twitter at @StewartHaasRcng, on Instagram at @StewartHaasRacing and on YouTube at www.YouTube.com/StewartHaasRacing.