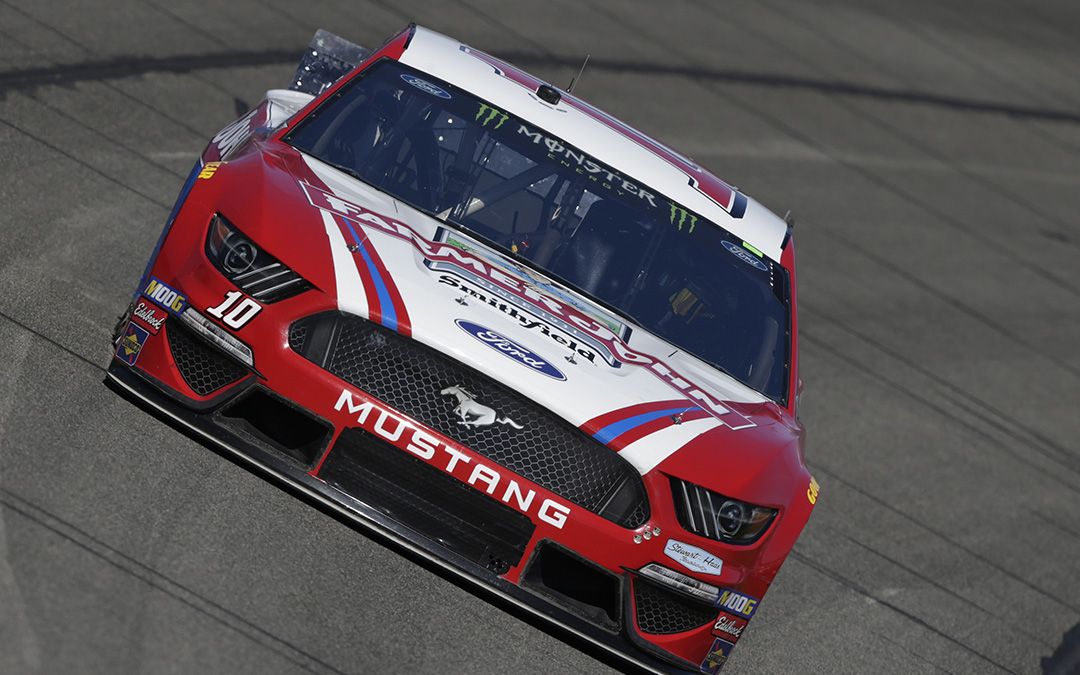 Stage 1 Recap (Laps 1-60):
● Started third, finished sixth and earned five bonus points.
● The Smithfield Farmer John Ford Mustang made its way to the front of the pack on lap three and led for seven laps.
● On lap 30 Almirola pitted for four fresh tires, fuel and adjustments to correct loose-handling conditions.
● He exited pit road in third and held that position until a lap-55 caution.
● The green flag waved with just one lap to go, and Almirola avoided a spin by the No. 17 car to finish just outside the top-five.
● He pitted the Smithfield Farmer John Ford at the end of the stage for four more tires, fuel and adjustments.

Stage 2 Recap (Laps 61-120):
● Started third, finished fifth and earned six bonus points.
● Almirola started Stage 2 racing as high as second. He pitted under green on lap 90 for four tires, fuel and adjustments to match the balance of the car at the beginning of the race, but he said the No. 10 needed more rear grip.
● He exited pit road in seventh and raced back to the top-five by lap 111.
● Almirola pitted the No. 10 Ford Mustang for four fresh tires, fuel and adjustments at the conclusion of Stage 2.

Stage 3 Recap (Laps 121-200):
● Started sixth and finished ninth.
● Almirola was caught in the middle of a three-wide pack with no help and was demoted to 10th at the start of the final stage.
● He raced back to sixth and pitted under green again for four tires, fuel and chassis adjustments.
● A caution was called just four laps later causing the Smithfield Farmer John Ford team to restart ninth.
● Almirola battled in and around the top-10 for the remainder of the race and earned his first top-10 at Auto Club Speedway.

“I thought that was a very typical California race. The restarts were wild and crazy like we always see here, and track position was king. We got strung out and fought track position a lot today. The cars are very difficult to drive in the wake of air of the cars in front of you. It is very challenging. The restarts are definitely exciting. The fans get their money’s worth. All in all it was a great day for our Farmer John Ford Mustang. We got to lead some laps in the beginning. We had a top-six car and lost some track position, and that is all we could do to muster you a ninth-place finish.”

Next Up:
The next event on the Monster Energy NASCAR Cup Series schedule is the Martinsville 500 on Sunday, March 24 at Martinsville (Va.) Speedway. The race starts at 2 p.m. EDT with live coverage provided by FS1.