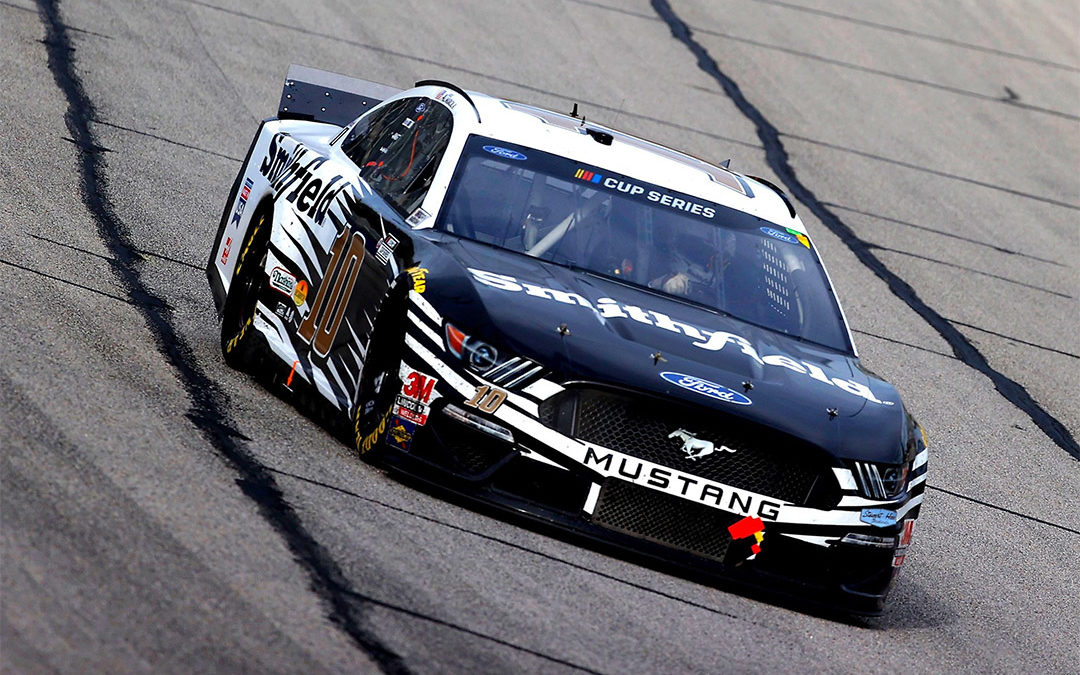 Stage 1 Recap (Laps 1-105):
● Aric Almirola started second and finished 27th.
● Almirola raced inside the top-five before the competition caution on lap 25.
● He pitted for four tires, fuel and air pressure adjustments to correct tight-handling conditions.
● Almirola made an unscheduled pit stop on lap 75 due to a loose wheel.
● The Smithfield driver was scored back on the lead lap when he opted not to pit and take the wave around under caution on lap 95.
● At the end of the stage, he pitted for four tires, fuel and major adjustments.

Stage 2 Recap (Laps 106-210):
● Almirola started 25th and finished 16th.
● On lap 126, Almirola began to race in the higher groove and quickly advanced to 18th place.
● Under caution on lap 202, Almirola pitted for four tires, fuel, and air pressure and chassis adjustments.
● Almirola restarted 17th with five laps to go in the stage and gained one position.
● He pitted when the stage concluded for four tires and fuel.

Final Stage Recap (Laps 211-325):
● Almirola started 16th and finished 17th.
● Almirola brought the Smithfield Ford to the pits on lap 264 for four tires, fuel and air pressure adjustments to correct loose-handling conditions.
● The No. 10 Ford driver was scored a lap down in 19th place on lap 288.
● Almirola advanced two more positions before the checkered flag waved and successfully remained inside the top-12 in points.

Notes:
● This was Almirola’s third straight top-20 at Atlanta. He finished eighth in the series’ previous visit to the track in February 2019.
● Harvick’s margin of victory over second-place Kyle Busch was 3.527 seconds.
● There were five caution periods for a total of 24 laps.
● Only 10 of the 40 drivers in the race finished on the lead lap.
● Harvick remains the championship leader after Atlanta with a 48-point advantage over second-place Joey Logano.

Aric Almirola, driver of the No. 10 Smithfield Ford Mustang for Stewart-Haas Racing:
“We’ve got a lot of things to work on. Our Smithfield Ford Mustang was good for 25 laps before we lost position on pit road and a loose wheel put us a lap down. We couldn’t recover from that in dirty air. Atlanta is such a tough track to rebound at. If there’s one positive takeaway it’s that we remained top-12 in the point standings, so we’ll have a shot at a good starting position in Martinsville.”

Next Up:
The next event on the NASCAR Cup Series schedule is the Blue-Emu Maximum Pain Relief 500 on Wednesday, June 10 at Martinsville (Va.) Speedway. The race starts at 7 p.m. EDT with live coverage provided by FS1 and SiriusXM NASCAR Radio.