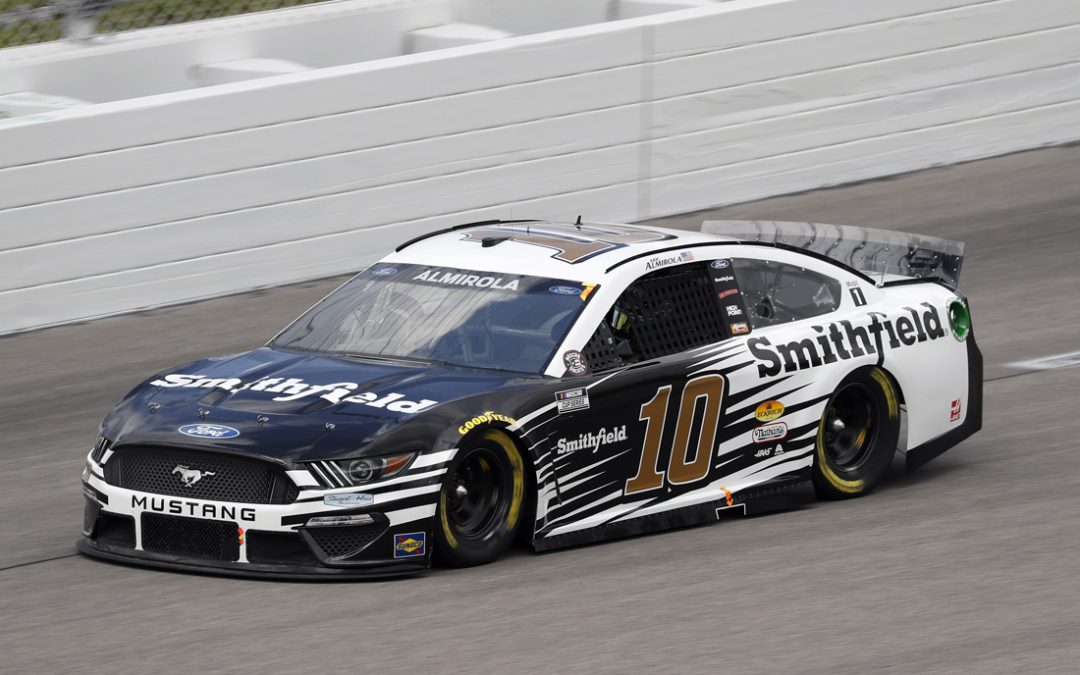 ● History at Atlanta Motor Speedway: This will mark Almirola’s 12th NASCAR Cup Series start at the 1.5-mile Atlanta Motor Speedway oval. Almirola has two top-10 finishes, four top-15s in his previous 11 Atlanta starts, and he qualified on the pole and led 36 laps in 2019. He also has three NASCAR Xfinity Series starts there with a best finish of eighth, and three NASCAR Camping World Truck Series starts with a best finish of third.

● Almirola’s best finish this year is fourth at Nashville (Tenn.) Superspeedway. His second-best finish was sixth at Richmond (Va.) Raceway, and his next-best was 11th at Phoenix Raceway.

● Last weekend at Road America in Elkhart Lake, Wisconsin, Almirola led a lap and finished 14th to earn his best road-course result of the season.

● After the season’s first 20 points-paying events, Almirola and the Smithfield Ford team sit 27th in the championship with 317 points, 481 behind leader Denny Hamlin and 154 behind the playoff cutoff line.

What’s it like racing at Atlanta?
“Drivers love to race at tracks that are old and worn out because it gives us options. It seems like the times we go to repaves, it gets very narrow and we can only run right in a single groove. When we go to Atlanta, it’s got a lot of character. It’s rough. It’s bouncy. It’s worn out and you slip and slide. We like having that control of cars sliding around and driving it. We really enjoy tracks like Atlanta.”

We saw improvement in the 1.5-mile program when you won the All-Star Open at Texas. Do you think that will translate to Atlanta?
“We did find some solid speed at Texas and it was great to see improvement there after the year we have had. I hope a few things transfer over to Atlanta, but it’s such a worn-out track that you’re mostly managing tire fall-off. We had a lot of bad luck at the beginning of the season at tracks like Homestead and Vegas, so we didn’t get a chance to build a lot of notes there. I think we’re back on the right track and head to Atlanta with the most confidence we’ve had all year.”