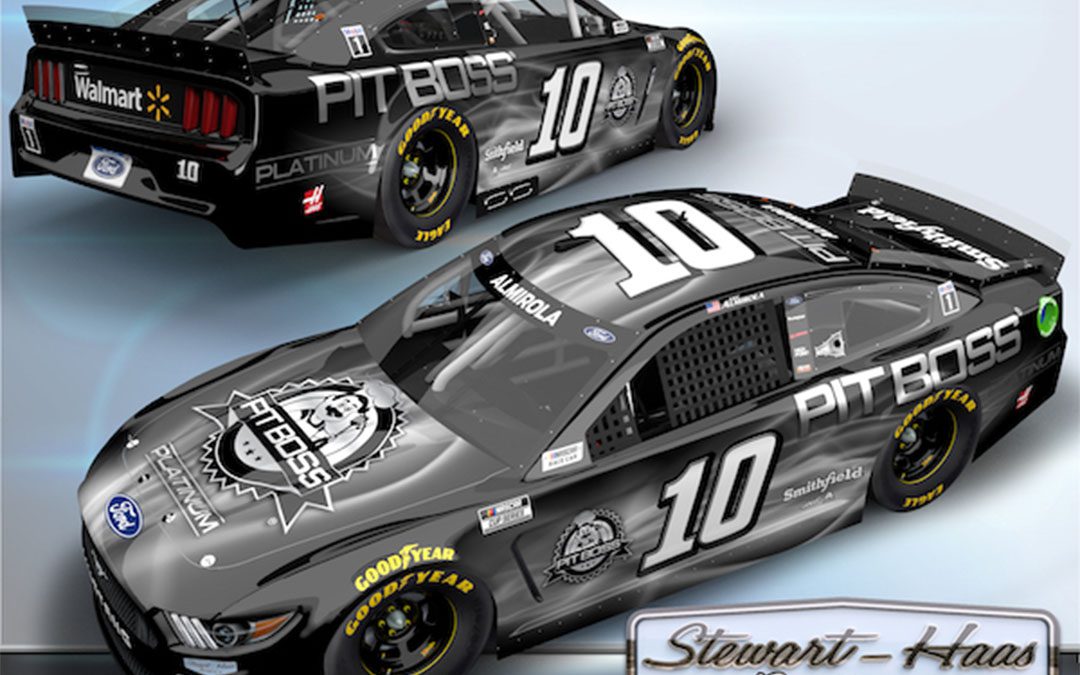 Notes of Interest
● History at Atlanta Motor Speedway: This will mark Almirola’s 11th NASCAR Cup Series start at the 1.5-mile oval. Almirola has two top-10 finishes, four top-15 finishes, one pole and led 36 laps in 2019. He also has three NASCAR Xfinity Series starts with a best finish of eighth, and three NASCAR Camping World Truck Series starts with a best finish of third.
● In Almirola’s most recent start at Atlanta, he started second and ran inside the top-five before a loose wheel forced an unscheduled pit stop and put him multiple laps down. He finished 17th.
● Career Stats: Almirola has career totals of two wins, two poles, 24 top-five finishes, 79 top-10s and 842 laps led in 357 starts.
● Last weekend at Phoenix Raceway, Almirola ended his streak of bad luck with an 11th-place finish after starting 32nd and rebounding from a midrace speeding penalty that dropped him back to 22nd. The finish earned him his best starting position at Atlanta since he qualified third for the season-opening Daytona 500. It was also the first race of the season where Almirola earned stage points.
● Pit Boss® Grills will sponsor Almirola’s No. 10 Ford Mustang for the second race in a row this weekend at Atlanta. Almirola will sport a unique paint scheme dedicated to the Pit Boss Grills Platinum Series sold exclusively at Walmart. Pit Boss Grills is the fastest growing brand in the grilling industry, offering the best value per square inch in the pellet grill market, doing so with innovation, excellence and a distinctly customer-driven approach. Pit Boss takes pride in delivering the best possible products, at an affordable price, crafting grills that are Bigger. Hotter. Heavier™ than the competition.For more information, visit PitBoss-Grills.com, or the company’s accounts on Facebook, Twitter, Instagram, Pinterest and YouTube.
● Pit Boss Race Day Recipes: Almirola and NASCAR released delicious race day recipes for fans to enjoy last year. Click the links that follow for Almirola’s fan tutorial for Jalapeño Poppers, Smithfield Brats, and Smithfield Pork Tenderloin Skewers on his Pit Boss Sportsman 1100 Pellet Grill.
● Beyond the 10 YouTube Series:In 2021, Almirola continues to share his life beyond the No. 10 Smithfield Ford with season three of his award-winning YouTube series. Fans and media can subscribe on YouTube to see Almirola’s personality on and off the track. Episodes have already featured life as a dad, a husband and an athlete, and it gives fans a unique perspective on what goes on in the life of a professional NASCAR driver. Fans can also follow Almirola’s social media channels: @Aric_Almirola on Twitter and Instagram, and @AricAlmirola on Facebook.
● The Smithfield Ford team sits 26th in the championship standings with 70 points, 166 behind leader Denny Hamlin.
● Crew chief Mike Bugarewicz is in his sixth fulltime season at SHR and his second with Almirola.

“Drivers love to race at tracks that are old and worn out because it gives us options. It seems like the times we go to repaves, it gets very narrow and we can only run right in a single groove. When we go to Atlanta, it’s got a lot of character. It’s rough. It’s bouncy. It’s worn out and you slip and slide. We like having that control of cars sliding around and driving it. We really enjoy tracks like Atlanta.”

Do you feel relieved to have put a solid race together at Phoenix last weekend after bad luck struck early in the season?

“It felt great for our Pit Boss Grills Ford team to finally get a solid day all around. We needed that kind of a day where we ran in the top-10. We scored some stage points and we finished 11th. Even then, we had a speeding penalty and started from the rear, and were still able to race for a top-10. We’re going to have a much better starting position this weekend at Atlanta, which will help us race for stage points early and continue to build the momentum. We know what we’re capable of and, Sunday, finally proved what kind of team we have this year.”

How confident are you to put together a run like last year?

“I am confident. We’ve got a really great race team. We did it last year. We went on a run of top-10 and top-five finishes for a couple of months straight, so it’s possible. We just have to get back on track. We got off to a rough start and sometimes that happens. Life doesn’t always go the way you want it to and you go through some rough patches, but it doesn’t stay that way forever, especially with a great race team like we have. We will start getting the good finishes. We’re a great race team and I have all the confidence in the world that we will start putting the finishes on the board that we need to.”

Pit Boss Grills will be on the car for the second consecutive weekend. What does it mean to have a company like Pit Boss back your career?

“It means everything. To have the Thiessens and everyone at Pit Boss Grills on board this year is incredible. My entire career in racing has been backed by grilling and cooking. Smithfield has been with us for 10 years, and we’re just now getting into the grilling season, so it couldn’t be better timing to have them on board. We’re repping the Platinum Series this weekend and it’s really changed my grilling game. The Platinum series is the next chapter in grilling. We had our best finish this year with Pit Boss on the car, and we’re excited to continue that momentum for them this weekend at Atlanta, where we’ve run well before.”