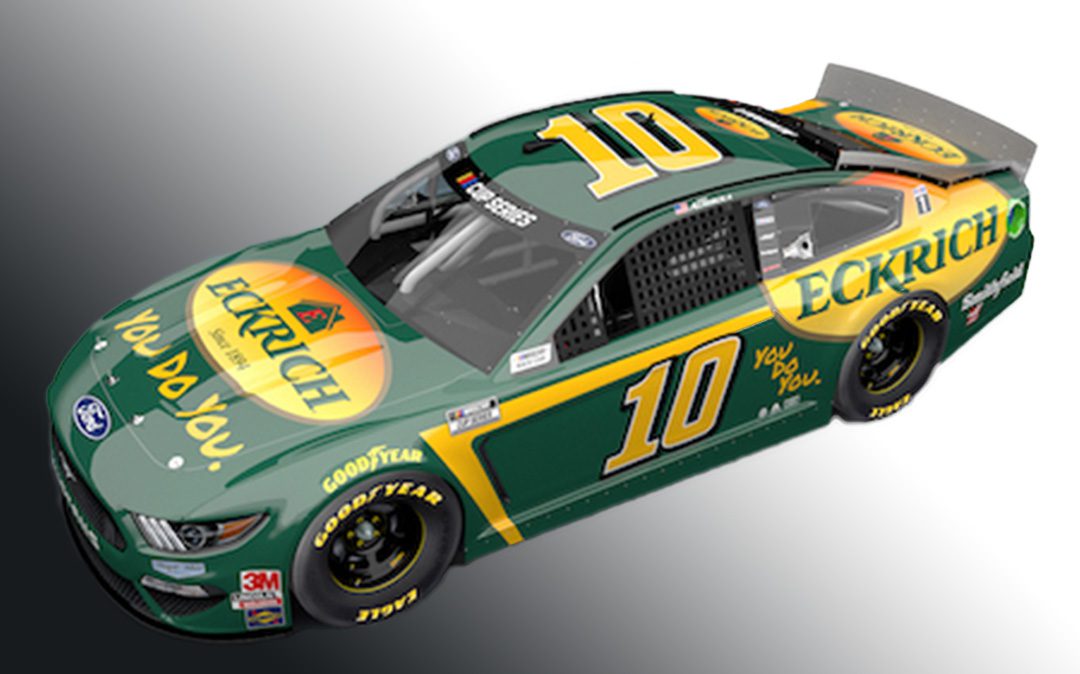 KANNAPOLIS, North Carolina (March 10, 2020) – Aric Almirola and the No. 10 Eckrich Ford team for Stewart-Haas Racing (SHR) hit the first of three consecutive 1.5-mile tracks when they arrive at Atlanta Motor Speedway for Sunday’s Folds of Honor 500 NASCAR Cup Series race. It will prove to be a crucial test for the rest of the season with nine mile-and-a-half tracks on the schedule that follow.

Almirola and the No. 10 team earned their first pole award together last year at Atlanta. On race day, he led 36 laps and finished eighth.

Between last year’s pole and this year’s new crew chief Mike Bugarewicz, who has a best finish of third at Atlanta, the No. 10 team is expecting significant speed and results this weekend to kick off the three-race, intermediate-track stretch.

“Drivers love to race at tracks that are old and worn out because it gives us options,” Almirola said. “It seems like the times we go to repaves, it gets very narrow and we can only run right in a single groove. When we go to Atlanta, it’s got a lot of character. It’s rough. It’s bouncy. It’s worn out and you slip and slide. We like having that control of cars sliding around and driving it. We really enjoy tracks like Atlanta.”

Almirola and the team have earned two consecutive top-10s and ran inside the top-five last weekend at Phoenix Raceway. He earned eight bonus points and made gains in the point standings.

The Eckrich driver, who will turn 36 on Saturday, has already outpaced his 2018 success in the first four races. He went on to finish fifth in the championship standings after securing his spot in the semifinal playoff round.

The racing action won’t be the only entertainment this weekend at Atlanta. On Sunday morning, Almirola and SHR co-owner and NASCAR Hall of Famer Tony Stewart will visit the campgrounds at the track to surprise and delight the best tailgaters who are grilling up Eckrich meats in preparation for the race.

Almirola continues to provide fans with content from his documentary series Beyond the 10, where fans can get VIP, behind-the-scenes access by subscribing to his YouTube channel. Episodes showcase never-before-seen footage of Almirola at the racetrack, on family trips, and “A Day in the Life” during the week, as well as all that goes into a NASCAR Cup Series driver’s season. Click hereto subscribe on YouTube and watch the latest episode.

Almirola looks to build upon the momentum he’s gained over the last two race weekends and bring home a third consecutive top-10. He currently sits eighth in the driver standings, 43 points behind leader and teammate Kevin Harvick.

Aric Almirola: Driver of the No. 10 Eckrich Ford Mustang for Stewart-Haas Racing:

Are you pleased with the progression of the season so far?
“We have found our stride recently as a team and it’s starting to show. We have had a top-10 car in every race this season. Last weekend, we had a fourth- to eighth-place car and raced there all day. We just have to gradually build upon these top-10s and move to top-fives, then move to wins. I know we’re capable of it as a team.

You earned the pole at Atlanta last year and led some laps. Are you confident heading there?
“We’re definitely confident after running well the last few weekends. We got a pole there last year and ran really well, so there’s nothing but positivity from me. A few more solid runs and we’ll know we’re in it this season as serious competitors.”

Notes of Interest:
● Almirola will make his 10th Cup Series start at Atlanta this weekend to bring his total of career Cup Series starts to 321.
o The Eckrich driver is looking to capture his third consecutive top-10 finish of the season
o Almirola has earned two top-10s Atlanta.
● In addition to his eight Cup Series starts at Atlanta, Almirola has three NASCAR Xfinity Series starts and four NASCAR Gander RV & Outdoors Truck Series starts.
o Almirola’s Xfinity Series statistics at Atlanta feature one top-10 with 99.5 percent of all possible laps completed.
o The Tampa, Florida native has two top-five finishes and two top-10s there in the Truck Series.
o Atlanta is the second intermediate race of the 2020 season for Almirola and the No. 10 Eckrich Ford Mustang team.
● Career: Almirola has career totals of two wins, two poles, 18 top-five finishes, 63 top-10s and 543 laps led in 320 starts.
● Last weekend at Phoenix Raceway, Almirola finished eighth and earned eight bonus points after running as high as fifth.
● Points: Almirola sits eighth in the season standings with 121 points – 43 points behind leader Kevin Harvick.
● Last win: Almirola’s Oct. 14, 2018 win at Talladega was his most recent in the Cup Series.
● ‘Beyond the 10’ – Almirola is back with season two of his YouTube documentary series, where fans can get VIP, behind-the-scenes access by subscribing to his YouTube channel. Episodes showcase never-before-seen footage of Almirola at the racetrack, on family trips, and “A Day in the Life” during the week, as well as all that goes into a NASCAR Cup Series driver’s season. Click here to subscribe on YouTube and watch the latest episode.
● Founded in 1894, Eckrich, owned by Smithfield Foods, will adorn the No. 10 Ford Mustang this weekend at Atlanta in college football fashion. Eckrich was founded as a local meat market in Fort Wayne, Indiana, by Peter Eckrich, an immigrant from Waldsee, Germany. Eckrich sells high quality smoked sausages, cold cuts, hot dogs, corn dogs, Vienna sausages, breakfast sausages, and bacon.
● Crew chief Mike Bugarewicz is in his fifth full-time season at SHR and his first with Almirola.