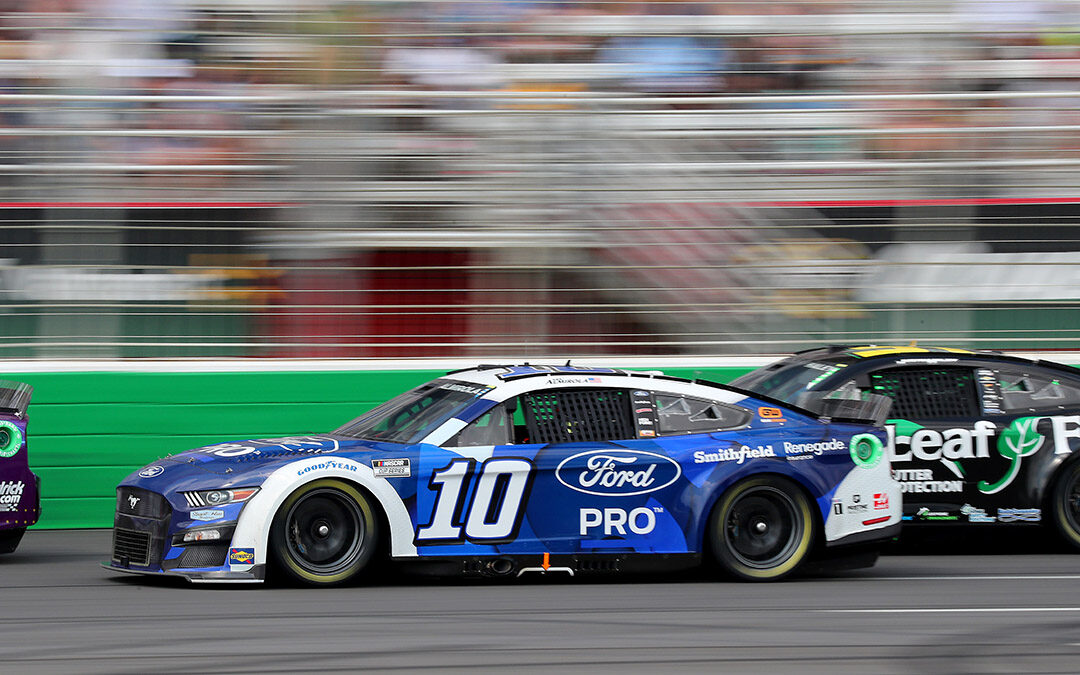 Race Notes:
● Chase Elliott won the Atlanta 400 to score his 16th career NASCAR Cup Series victory, his third of the season and his first at Atlanta. He crossed the finish line under caution ahead of second-place Ross Chastain.
● There were 13 caution periods for a total of 64 laps.
● Only 21 of the 36 drivers in the Atlanta 400 finished on the lead lap.
● Elliott remains the championship leader after Atlanta with a 47-point advantage over second-place Ryan Blaney.

Sound Bites:
“We just didn’t have the speed we needed to go up and compete. That one restart where I was leading the bottom lane, we didn’t have what we needed to keep up. Our car was pretty good. We got it driving good there at the end, but we couldn’t muster up the speed we needed to go hang with those Chevrolets. The Chevrolets were really, really fast. I didn’t think it was better racing (than the Atlanta race in March). I thought the racetrack was a little more narrow. We couldn’t run the top up against the fence like we could in the spring. That kind of limited the options and kind of choked everybody down to two-wide.” – Aric Almirola, driver of the No. 10 Ford Pro Ford Mustang

Next Up:
The next event on the NASCAR Cup Series schedule is the Ambetter 301 on Sunday, July 17 at New Hampshire Motor Speedway in Loudon. The race begins at 3 p.m. EDT with live coverage provided by USA and SiriusXM NASCAR Radio.