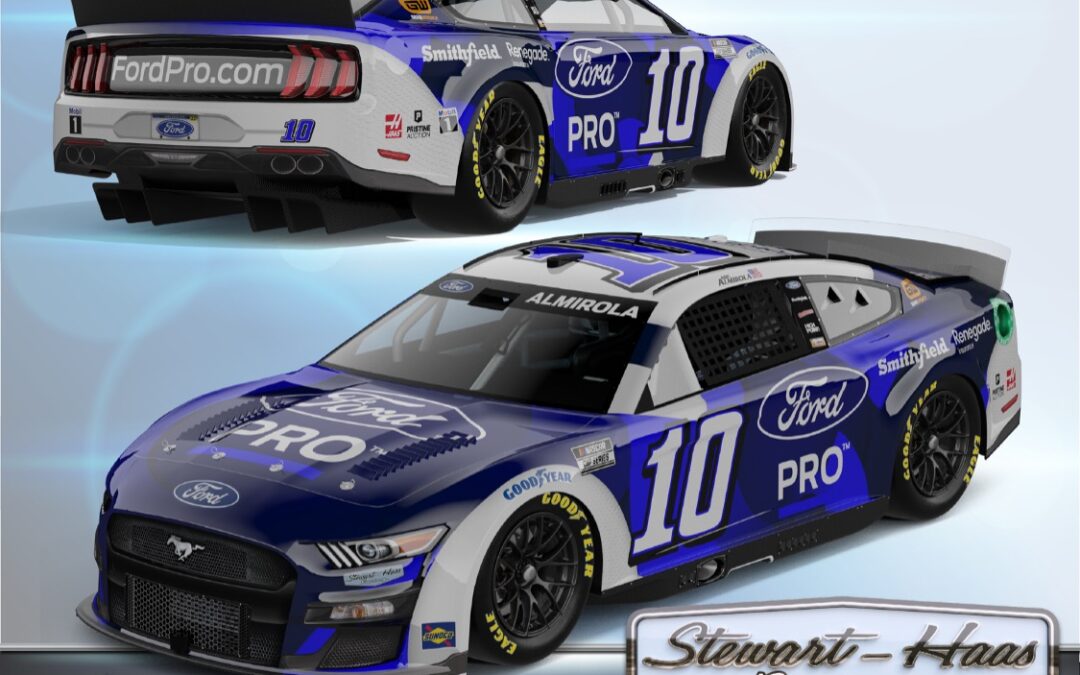 ● After 18 races this season, Almirola is the only driver in the NASCAR Cup Series without a DNF (Did Not Finish). He has completed all but five laps of the 4,712 run this year – a 99.9 percent completion rate.

● Almirola’s track record at superspeedways provides a promising outlook for success at Atlanta this weekend, where drivers and teams once again are expecting pack-style racing akin to events at Daytona and Talladega (Ala.) Superspeedway. Almirola has two wins, seven top-fives, 13 top-10s and 84 laps led at Daytona and Talladega. Last June, he scored his eighth-consecutive top-10 at Talladega to tie the track record for most consecutive top-10s. The mark was originally set by Hall of Famer Dale Earnhardt Jr., between April 2001 and October 2004. Almirola finished fifth in this year’s season-opening Daytona 500 and 13th at Talladega.

● In Almirola’s last start at Atlanta in March, the series’ first outing after the 62-year-old facility underwent a wholesale offseason redesign and repave, he led six laps in the final stage with a promising opportunity to win until the No. 1 car of Ross Chastain made contact to his bumper, ultimately turning him into the infield grass and causing damage to the No. 10 Smithfield Ford. Almirola stayed on the lead lap to finish 22nd.

● Driver Points: Almirola arrives at Atlanta 12th in the driver standings with 452 points, 172 out of first.

● Playoff Points: The No. 10 Ford driver sits 18th in the playoff point standings, 47 points behind the playoff cutoff line. Almirola has more driver points than six of the locked-in playoff drivers.

● FordPro.com: Ford Pro is a one-stop shop for commercial and government fleets designed to accelerate productivity and improve uptime, offering a portfolio of vehicles, software, charging, service and financing for any size business or industry. Ford Pro makes going electric easy by providing intelligent software tools and an end-to-end suite of charging solutions that work on Ford or non-Ford vehicles, in addition to offering electrified versions of the vehicles its customers already love – E-Transit and F-150 Lightning Pro.

Aric Almirola, Driver of the No. 10 Ford Pro Mustang for Stewart-Haas Racing:

This is the first track you’re revisiting in the NextGen car. Is the preparation different?

“Yeah, this is the first time all year we have notes to take back to the racetrack, so you’re not just heading there blind hoping your setup was right. We had a fast car earlier this year at Atlanta and ran up front a lot, so we feel really good about unloading with speed this weekend. It’s going to be hot and humid this time, though, so there will definitely be some differences from March. It will be interesting to see how the field stacks up now that we’re heading to the same venues with notes in this car.”

The new Atlanta surface was designed to race more like a superspeedway. What were your thoughts on that outcome?

“It definitely raced like a superspeedway, more than I anticipated. So we get to go back knowing exactly how the track races. We ran up front at the end and had a shot at it, but superspeedway racing happened and we got turned and hurt our car. I’m excited to have another shot at it this weekend.”

You are currently outside of the playoff point standings. Do you think about that or just race?

“I really don’t pay much attention to it. I leave that up to Drew Blickensderfer (crew chief) and the guys to focus on and make the best call based on that. My focus is to get as much as I possibly can out of a given race weekend, then reset for the next weekend. Obviously, we’re hoping to race for a win every single weekend, so that’s always the first priority. Then see where the circumstances take us and adapt. There are still eight races left and anything can happen.”