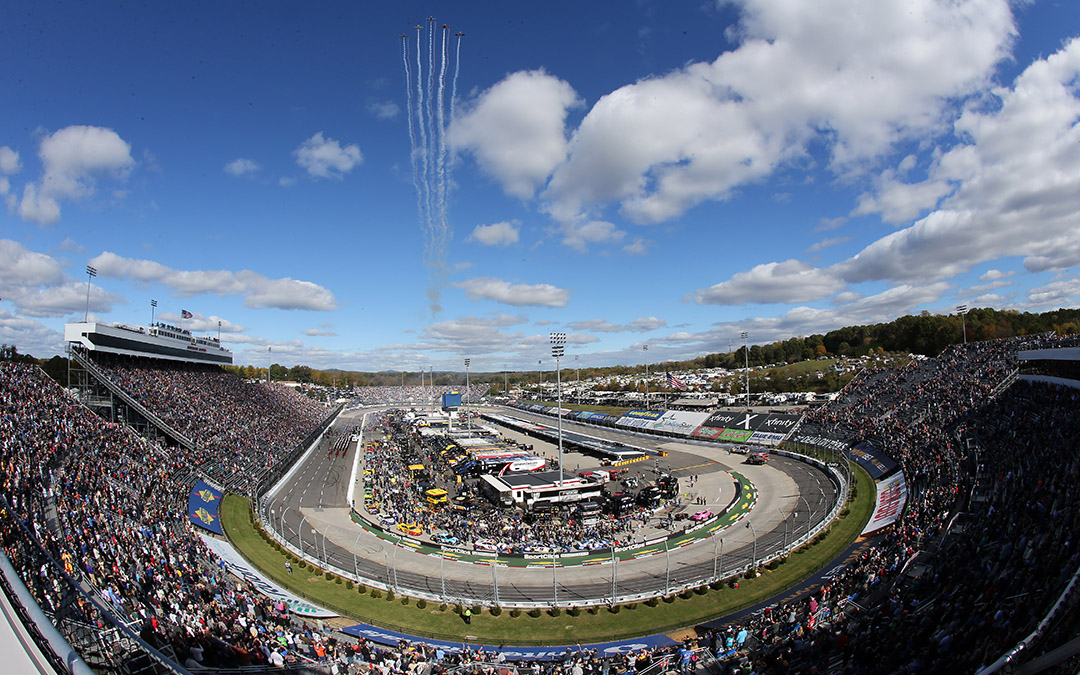 Stage 1 Recap (Laps 1-130):
● Aric Almirola started 23rd and finished 10th, earning one bonus point.
● Almirola fell back to 26th at the beginning of the stage.
● The Smithfield/IHOP driver raced his way to 13th by the competition caution and said his No. 10 Ford was handling well.
● He pitted during the competition caution for four tires and fuel to restart 12th.
● Almirola entered the top-10 on lap 115. At the end of the stage he said the balance was “really close.”
● At the end of the stage he pitted for four tires and fuel.

Stage 2 Recap (Laps 131-260):
● Almirola started ninth and finished sixth, earning five bonus points.
● Almirola ran inside the top-10 for the entire stage.
● The Smithfield/IHOP driver battled his way to sixth before the checkered flag waved.
● The No. 10 team pitted at the end of the stage for four fresh tires and fuel.
● The pit crew gained the No. 10 Ford two spots on pit road.

Notes:
● Almirola earned his fourth top-10 of the season and his sixth top-10 in 26 career NASCAR Cup Series starts at Martinsville.
● Alex Bowman won the Xfinity 500 to score his sixth career NASCAR Cup Series victory, his fourth of the season and his first at Martinsville. His margin over second-place Kyle Busch was .478 of a second.
● There were 15 caution periods for a total of 91 laps.
● Twenty-five of the 38 drivers in the Xfinity 500 finished on the lead lap.

Aric Almirola, driver of the No. 10 Smithfield/IHOP Ford Mustang for Stewart-Haas Racing:
“Today we ran where we know we could run all year. We had a great car, and the pit crew was on it. We had the balance pretty close right off the start and we tried not to adjust too much today, and it paid off. We were best on the long run, and with all of the cautions at the end, we didn’t get to find that long-run speed where it mattered. But I’m so proud of this team for capping off the season with solid speed. Looking forward to Phoenix, where I think we have a good shot at it again.”

Next Up:
The NASCAR Cup Series season finale is Sunday, Nov. 7, at Phoenix Raceway. The championship race starts at 3 p.m. EST with live coverage provided by NBC and SiriusXM NASCAR Radio.