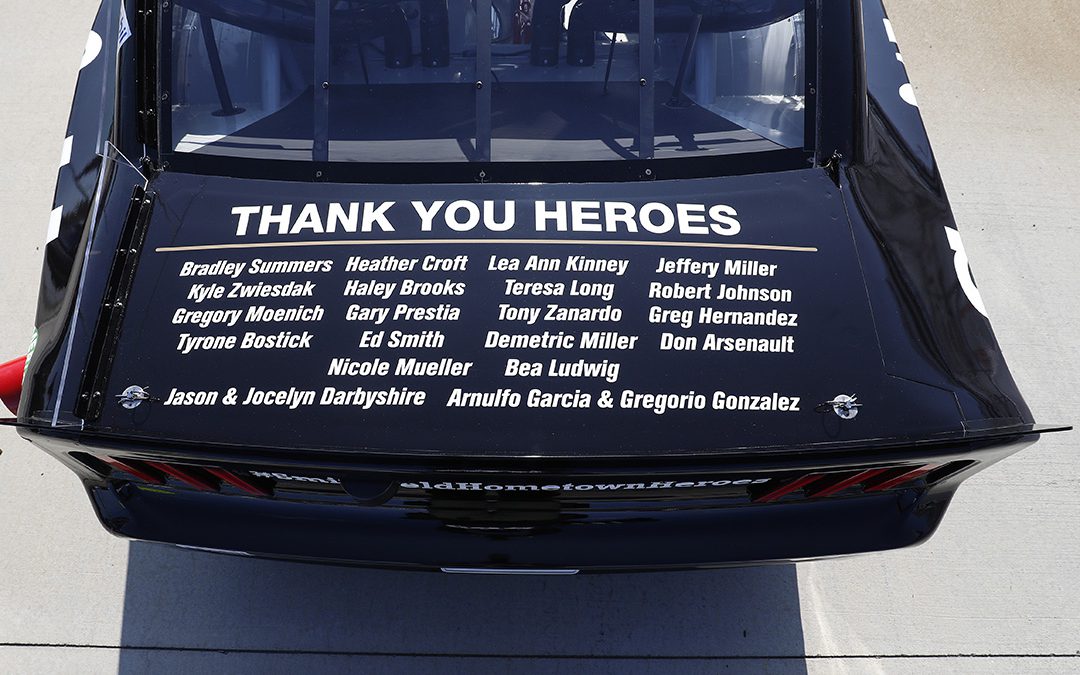 Stage 1 Recap (Laps 1-130):
● Aric Almirola started 20th and finished 29th.
● Almirola was involved in an incident with teammate Clint Bowyer on lap 74, bringing out the caution.
● He restarted fourth and was contacted in the rear and lost several positions.
● Almirola pitted on lap 115 under caution to repair damage.
● He restarted 30th and raced at the tail of the field before the stage ended.

Stage 2 Recap (Laps 131-260):
● Almirola started fifth and finished 11th.
● Almirola ran in and around the top-five until a lap-187 caution.
● He pitted the Smithfield Ford for four tires, fuel and came off pit road in 12th.
● Almirola did not pit during a lap-212 caution and restarted seventh.
● He fell back to 11th on older tires and pitted at the end of the stage.

Aric Almirola, driver of the No. 10 Smithfield Hometown Original Ford Mustang for Stewart-Haas Racing:
“Good run for this Smithfield Ford team at Martinsville. We had a good car on the long run today. It feels good to have a decent run with one race left on the year. Hoping to have another solid run next weekend in Phoenix.”

Notes:
● Almirola earned his 18th top-10 of the season and his fifth top-10 in 24 career NASCAR Cup Series starts at Martinsville.
● Almirola’s 18 top-10s surpassed his own mark for the most top-10s in a single season. He scored 17 top-10s in 2018. His six top-fives this year are also the most he has had in a single season.
● Chase Elliott won the Xfinity 500 to score his 10th career NASCAR Cup Series victory, his fourth of the season and his first at Martinsville. His margin of victory over second-place Ryan Blaney was 6.577 seconds.
● There were 12 caution periods for a total of 83 laps.
● Only 17 of the 39 drivers in the race finished on the lead lap.

Next Up:
The NASCAR Cup Series season finale is Sunday, Nov. 8 at Phoenix Raceway. The championship race starts at 3 p.m. EST with live coverage provided by NBC and SiriusXM NASCAR Radio.