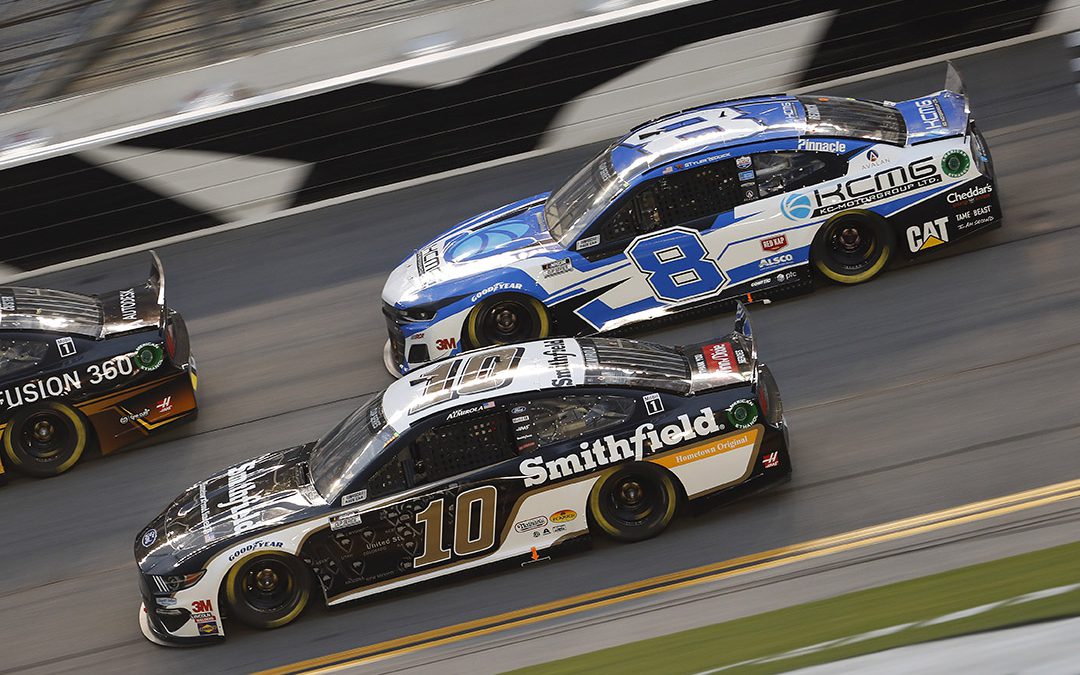 Stage 1 Recap (Laps 1-50):
● Aric Almirola started fifth and finished 34th.
● The No. 10 Smithfield Ford driver dropped towards the rear of the field with no help running in the middle lane and stayed outside of the top-25 for the majority of the stage.
● He pitted at the end of the stage for four tires and fuel.

Final Stage Recap (Laps 101-164):
● Almirola started 25th and finished 18th.
● Almirola said his No. 10 Smithfield Ford’s balance was solid throughout the final stage.
● He pitted for fuel only on lap 132 and was scored 23rd when he returned to the field.
● The caution came out on lap 143 and Almirola pitted for four tires and fuel. He pitted again to secure lug nuts.
● After the red flag was lifted, Almirola restarted 21st before the caution was called again.
● He restarted 18th and was involved in an accident on the final lap.

Aric Almirola, driver of the No. 10 Smithfield Ford Mustang for Stewart-Haas Racing:
“I’m ready for the playoffs. This Smithfield Ford team is ready and capable to race for a championship and that’s exactly what we intend on doing. We played it safe today and got caught up. That’s just Daytona. On to Darlington.”

Notes:
● Almirola led one lap to increase his laps-led total at Daytona to 20.
● William Byron won the Coke Zero Sugar 400 to score his first career NASCAR Cup Series victory. His margin of victory over second-place Chase Elliott was .119 of a second.
● There were six caution periods for a total of 21 laps.
● Only 20 of the 40 drivers in the race finished on the lead lap.
● Almirola qualified for the playoffs by virtue of his eighth-place finish in the regular-season standings.
● Almirola takes two bonus points into the playoffs via his stage wins June 27 at Pocono (Pa.) Raceway and July 12 at Kentucky.
● This is Almirola’s fourth playoff appearance and his third in a row.

Next Up:
The next event on the NASCAR Cup Series schedule is the Cook Out Southern 500 on Sunday, Sept. 6 at Darlington (S.C.) Raceway. The first race in the 10-race NASCAR Playoffs starts at 6 p.m. EDT with live coverage provided by NBCSN and SiriusXM NASCAR Radio.