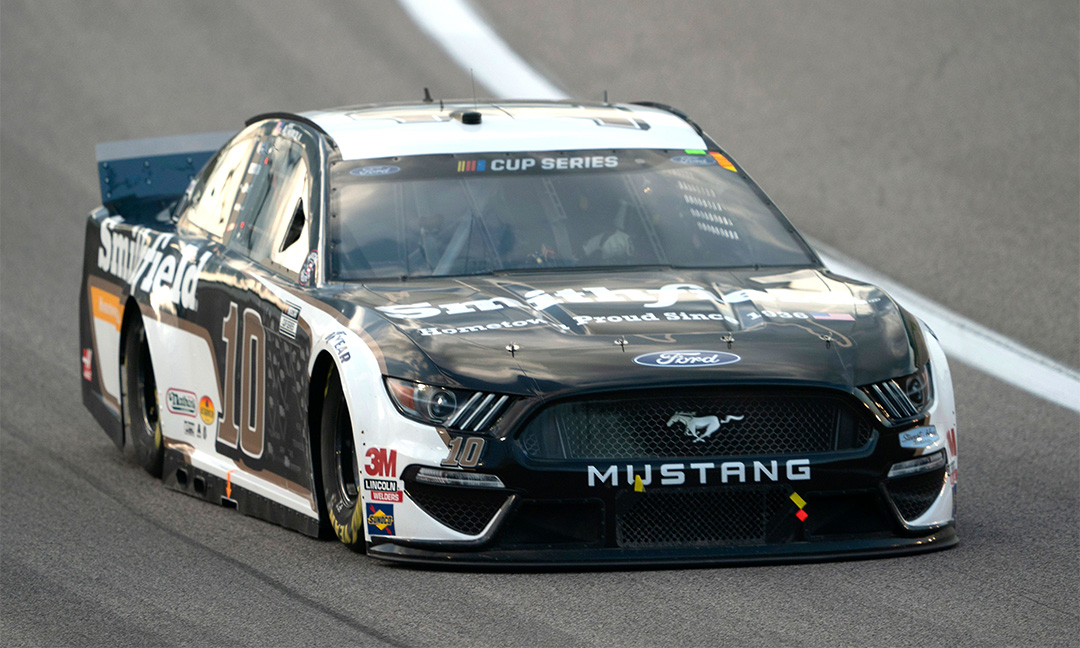 On July 22, 2018, the Smithfield driver battled adversity from the beginning of the race at New Hampshire when an issue with the right-front tire demoted him to 28th place in Stage 1. He worked his way back into contention in the final stage, when he led 42 laps and battled his teammate Kevin Harvick for the top spot. A caution flag on lap 257 sent Almirola to the pits for four tires and fuel. He restarted third and that’s where he finished the race behind the winning Harvick and runner-up Kyle Busch.

“I was extremely disappointed,” he said. “Even though we earned a top-five, we had the fastest car, hands down. I’m excited to go back to Loudon because the Smithfield No. 10 team and I have looked forward to getting back where we had a chance to win in 2018. We’ve been running up front each weekend, so there’s no reason we can’t get it done on Sunday.”

The 36-year-old Tampa, Florida native has the highest average finish in the series in the last eight races at 5.4, yet he is without a victory. This is Almirola’s best season to date and the first time in his career he has earned consecutive top-five finishes. His five top-fives are the most he’s had in any single season during his nine-year full-time Cup Series career.

Almirola is riding a string of eight consecutive top-10 finishes, the best of his career. He finished fifth June 14 at Homestead-Miami Speedway, third June 22 at Talladega, third June 27 at Pocono, fifth June 28 at Pocono, third July 5 at Indianapolis, eighth July 12 at Kentucky, 10th July 19 at Texas Motor Speedway in Fort Worth, and sixth last Thursday at Kansas Speedway. His previous best streak was a run of six consecutive top-10s in 2019 that began with the second race at Atlanta Motor Speedway and lasted through the series’ seventh race at Texas.

The No. 10 Ford driver sits eighth in the playoff standings for his career-best points position after 19 races. In his first two seasons at SHR in 2018 and 2019, Almirola was 11th and 10th in the standings, respectively, after 19 races.

Almirola continues to provide fans with content from his documentary series Beyond the 10, where they can get VIP, behind-the-scenes access by subscribing to his YouTube channel. Episodes showcase never-before-seen footage of the Smithfield driver at the racetrack, on family trips, and “A Day in the Life” during the week, as well as all that goes into a NASCAR Cup Series driver’s season. Click here to subscribe on YouTube and watch the latest episode.

Almirola and his longtime partner Smithfield Foods have collaborated to honor frontline hometown heroes by showcasing a special paint scheme on the No. 10 Ford this weekend.

Smithfield looks to honor those who are putting their own health and safety at risk in a selfless act to protect and nourish others around them. The Smithfield “Hometown Original Heroes” program provides the opportunity for fans to share the stories of their own “Hometown Hero.” Be it a nurse, doctor, food worker, public servant or anyone who is on the frontlines each and every day, Smithfield and Almirola want to hear their stories and give.

Almirola has had New Hampshire on his calendar as a race he should have a win. This weekend, he’ll look to finally get it done with a visit to victory lane.

What do you like about going to New Hampshire Motor Speedway?
“It kind of takes you back to Saturday-night, short-track racing. It’s a mile track but it races like a short track. You go there and see the Modified division there and it makes you feel like when you were a kid and racing Late Models. It’s a fun track to race at and I’ve had some success there and I’ve run well there in the past.”

Are you satisfied with the results in the last two months?
“This Smithfield team continues to bounce back every weekend. Years ago we would do anything for consistent top-10 and top-five finishes, but now it’s just not enough. I’m looking forward to the next round of races where we’ve been good in the past and we’ll be ready to get this win.”