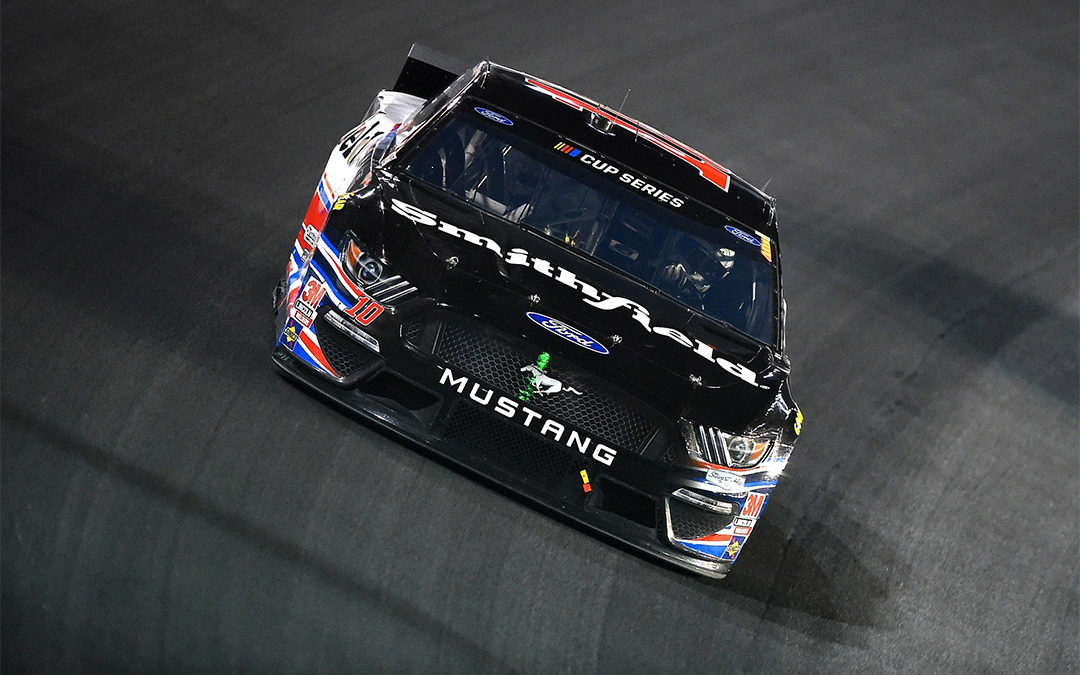 ● The Smithfield Ford driver was forced to start in the rear due to unapproved adjustments before the green flag waved.

● Almirola raced to 26th before the competition caution on lap 20. He said his car was tight on the exit of the turns.

● He pitted under caution for two tires, fuel and air pressure adjustments to come off pit road 18th.

● Inclement weather postponed the race on lap 30. When racing resumed, Almirola did not pit and restarted 16th.

● Almirola continued to battle tight-handling conditions on the exit of the turns.

● At the end of the stage, he pitted for four tires, fuel, and wedge and air pressure adjustments. He came off pit road 14th.

● After a caution was called on lap 74, Almirola pitted twice for four tires, fuel and adjustments, and to repair damage.

● He restarted 32nd and drove back into the top-25. Almirola said he was extremely loose in traffic and needed help passing.

● At the end of the stage, he pitted for four tires, fuel, and air pressure and chassis adjustments. He came off pit road 16th and gained six spots.

● The No. 10 Smithfield driver continued to note loose-handling conditions in traffic and fell to 18th.

● He pitted on lap 174 under caution for four tires, fuel and adjustments to restart 18th.

● Almirola endured more handling issues and fell back to 24th.

● The No. 10 Smithfield Ford driver battled his way back to 20th before crossing the finish line.

● Chase Elliott won the Alsco Uniforms 500k to score his seventh career NASCAR Cup Series victory, his first of the season and his first at Charlotte’s oval. His margin of victory over second-place Denny Hamlin was 2.208 seconds.

● There were seven caution periods for a total of 37 laps.

● Harvick remains the championship leader after Charlotte with a 14-point advantage over second-place Joey Logano.

“That was just an overall tough day for our Smithfield Ford team today. After starting in the rear we were able to get back to 16th by taking two tires and holding on, but our day went downhill from there. The car was just not where we wanted it to be and contact with the No. 18 put us back where we started. The pit crew did a great job today and gained us some spots, but unfortunately I just couldn’t pass in traffic with the way the car handled. I’m looking forward to Bristol in a few days to get back to a short track.”

The next event on the NASCAR Cup Series schedule is the Supermarket Heroes 500 on Sunday, May 31 at Bristol (Tenn.) Motor Speedway. The race starts at 3:30 p.m. EDT with live coverage provided by FS1 and SiriusXM NASCAR Radio.