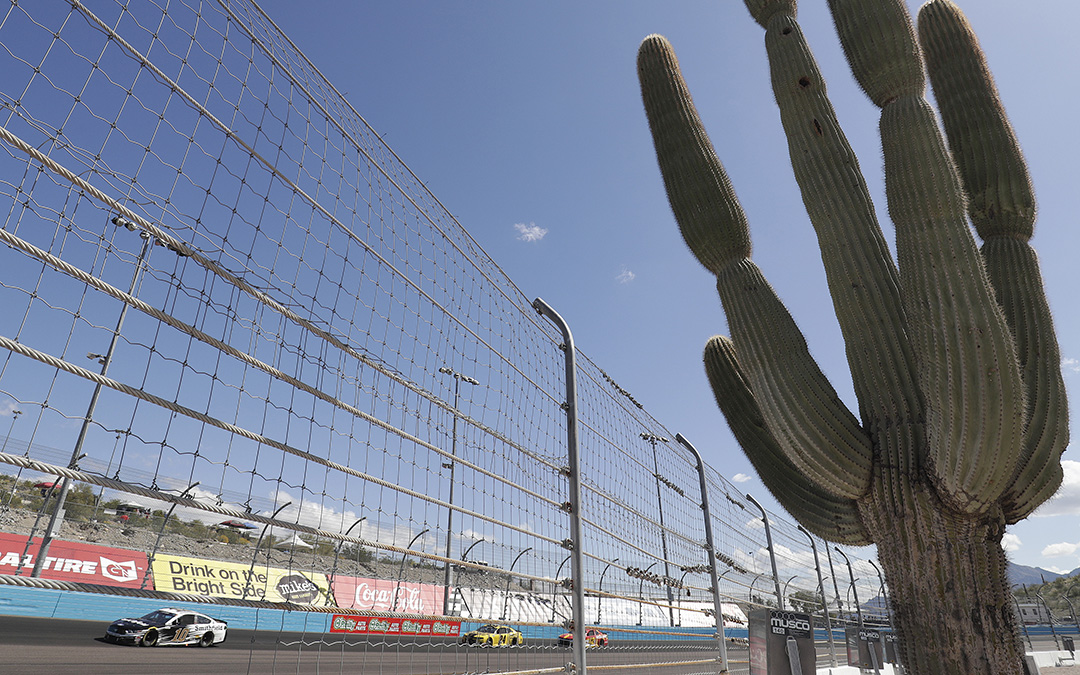 Stage 1 Recap (Laps 1-75):
● Aric Almirola started sixth and finished eighth, earning three bonus points.
● The No. 10 Smithfield Ford Mustang joined the top-five on lap 10.
● Almirola said his Smithfield Ford was tight to the middle of the turns.
● On lap 66, he pitted for four tires, fuel and adjustments under caution.
● He restarted seventh and ran inside the top-10 before the end of the stage.
● Almirola pitted for four tires and fuel. He came off pit road 13th and was the second car on four tires.

Stage 2 Recap (Laps 75-190):
● Almirola started 13th and finished sixth, earning five bonus points.
● Almirola was caught in the middle on the restart and lost several positions.
● The No. 10 Smithfield Ford Mustang pitted for four fresh tires, fuel and chassis adjustments during a caution on lap 133.
● On the restart, Almirola powered the No. 10 Smithfield Ford to the low line and passed five cars to run ninth.
● He consistently gained positions and passed teammate Clint Bowyer for sixth on lap 159.
● Almirola pitted at the end of the stage for four tires, fuel and adjustments and came off pit road in seventh.

Final Stage Recap (Laps 191-316):
● Almirola started seventh and finished eighth.
● He raced the No. 10 Ford into the top-five on the restart.
● The No. 10 pitted on lap 215 for four tires and fuel and left pit road 10th after multiple drivers took two tires and gained position.
● Almirola made the pass for seventh on lap 233 and passed for sixth on lap 240.
● The caution was called on lap 252 with Almirola in sixth. He pitted under the caution period for four tires and fuel and restarted sixth.
● During a caution on lap 304, Almirola opted not to pit and restarted in eighth.
● He gained a spot before another caution was called a lap later.
● Almirola restarted in seventh for the final time and held the No. 10 Smithfield Ford inside the top-10 before crossing the finish line.

Notes:
● Almirola earned his second top-10 of the season and his sixth top-10 in 19 career NASCAR Cup Series starts at Phoenix.
● This is Almirola’s second straight top-10. He finished eighth in the series’ last race at Auto Club Speedway.
● Since joining SHR in 2018, Almirola has only finished outside the top-10 once at Phoenix.
● Joey Logano won the FanShield 500k to score his milestone 25th career NASCAR Cup Series victory, his second of the season and his second at Phoenix. His margin of victory over second-place Kevin Harvick was .276 of a second.
● This was Ford’s 17th NASCAR Cup Series victory at Phoenix.
● There were 12 caution periods for a total of 73 laps.
● Twenty-seven of the 38 drivers in the FanShield 500k finished on the lead lap.
● Harvick leaves Phoenix as the championship leader with a one-point advantage over second-place Logano.

Aric Almirola, driver of the No. 10 Smithfield Ford Mustang for Stewart-Haas Racing:
“That was a decent day for us. We scored stage points in both stages and ran competitively. I thought after practice we were a fourth- to eighth-place car, and quite honestly that is about where we ran all day. The pit crew did a good job there the second half of the race keeping us in the game. I am proud of that. We just continue to build. We just keep knocking off these top-10s in a row after last weekend and this weekend. Then you slowly progress to trying to run in the top-five, and that is where you find yourself in position to win races. We need to continue to build on this. I am really proud of Buga (crew chief Mike Bugarewicz) and all the guys on this Smithfield team. They have been bringing some nice Ford Mustangs for me to drive the last couple of weeks.”

Next Up:
The next event on the NASCAR Cup Series schedule is the Folds of Honor 500 on Sunday, March 15, at Atlanta Motor Speedway. The race starts at 2 p.m. EDT with live coverage provided by FOX and SiriusXM NASCAR Radio.