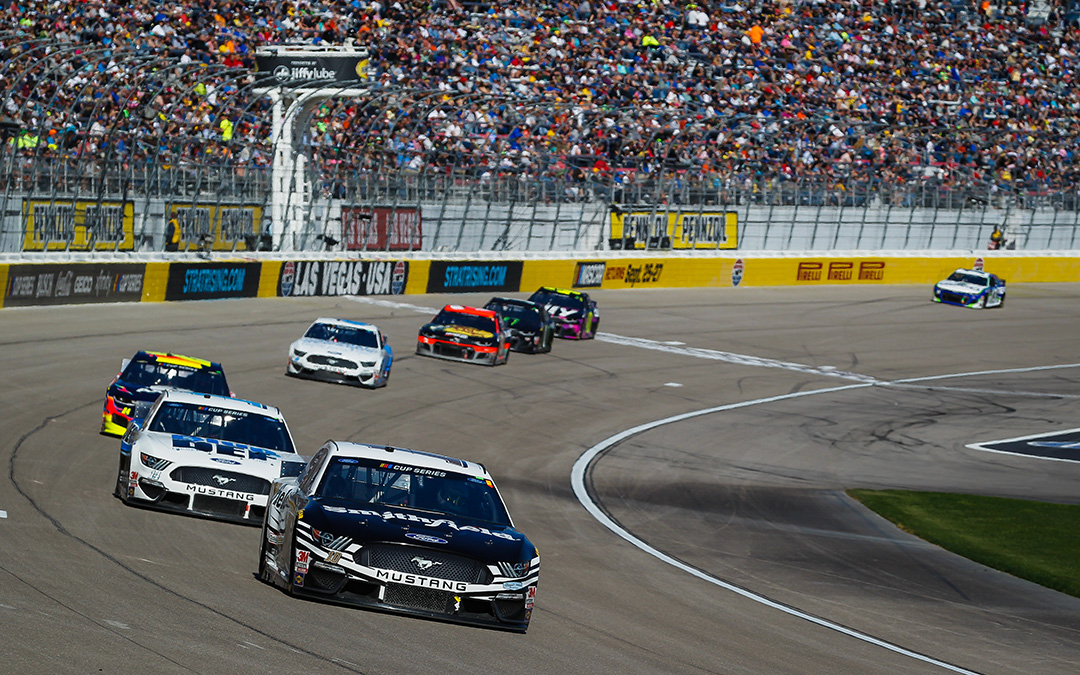 Stage 1 Recap (Laps 1-80):
● Aric Almirola started 14th and finished 12th.
● Almirola pitted during the lap-25 competition caution for four tires, fuel and air pressure and chassis adjustments, and gained three spots on pit road.
● He noted that the Smithfield Ford had trouble turning after the adjustments were made.
● He pitted the No. 10 Ford at the end of the stage for four tires, fuel and adjustments to correct the handling issues.

Stage 2 Recap (Laps 81-160):
● Started 12th and finished 11th.
● Almirola aggressively drove to the middle of three cars and advanced back to the top-10.
● He pitted under green on lap 120 from 11th for four fresh tires, fuel and adjustments. He said his Smithfield Ford’s front tires needed more grip.
● Almirola was scored 11th after pit stops cycled through.
● He pitted at the conclusion of the stage for four tires, fuel and more adjustments.

Stage 3 Recap (Laps 161-267):
● Started 11th and finished 21st.
● Almirola pitted on lap 177 under caution for four fresh tires and fuel.
● He restarted 21st and quickly made his way back to the top-15.
● Almirola radioed to crew chief Mike Bugarewicz that he was contacted by the No. 6 car under caution.
● After noting tight-handling conditions, he cut a tire on lap 208, then pitted for four tires and damage repair.
● He returned to pit road two laps down in 28th before the caution was called on lap 221, where Almirola gained a lap back.
● Almirola returned back on the lead lap on lap 262.
● During the final restart, Almirola avoided a multicar accident and gained multiple spots before crossing the finish line.

Aric Almirola, driver of the No. 10 Smithfield Ford Mustang for Stewart-Haas Racing:
“We had a car capable of running in and around the top-10 today. We tried a lot of adjustments to hang in there, then the No. 6 car hit us under caution and we cut a tire with about 60 to go that put us a few laps down. That’s not the way we wanted to start the West Coast swing, but we’ll head to Fontana with our heads held high and brush it off.”

Next Up:
The next event on the NASCAR Cup Series schedule is the Auto Club 400 on Sunday, March 1, at Auto Club Speedway in Fontana, California. The race starts at 3:30 p.m. EST with live coverage provided by FOX and SiriusXM NASCAR Radio.