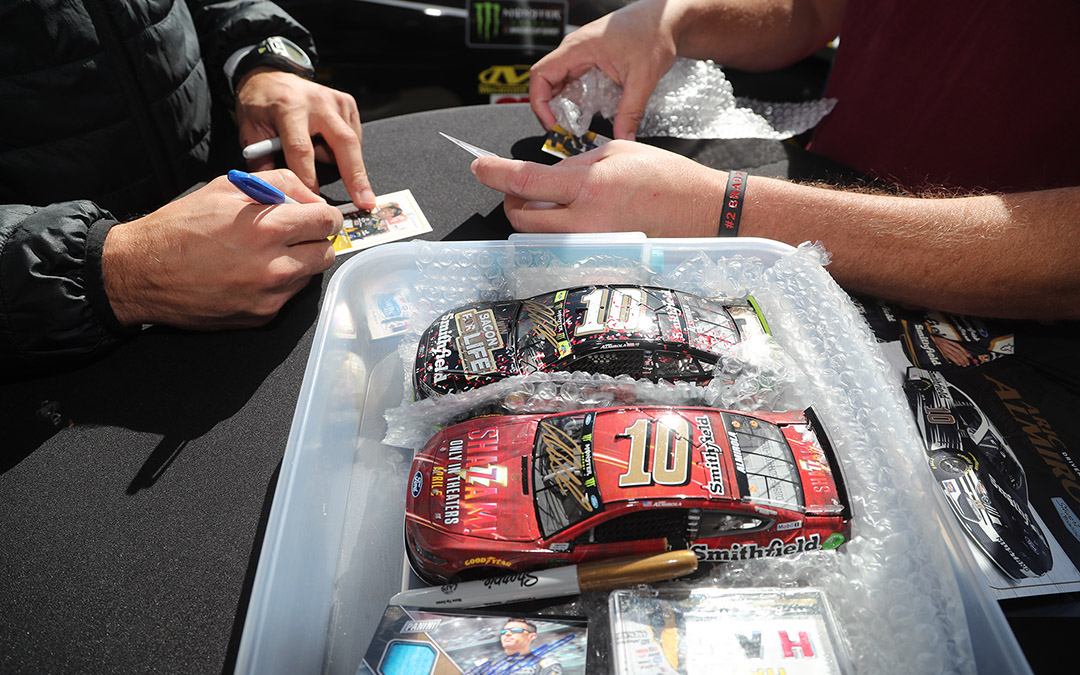 Stage 1 Recap (Laps 1-80):
● Aric Almirola started 13th and finished 18th.
● The Smithfield/Hy-Vee Ford driver was caught in traffic during the start of the race and fell outside the top-15.
● Almirola noted loose-handling conditions by lap 26 but was able to drive back to 13th.
● He pitted under green for four tires, fuel and chassis adjustments on lap 44.
● When a caution was thrown on lap 73 for a spin by the No. 6 car, Almirola pitted again from 13th place for four tires, fuel and adjustments.
● Almirola drove to the bottom line after contact at the front forced the middle line to slow down.
● He pitted again at the end of the stage for four tires and fuel.

Stage 2 Recap (Laps 81-160):
● Almirola started 16th and finished 12th.
● He continued to note loose-handling conditions from the No. 10 Ford Mustang.
● The No. 10 Smithfield/Hy-Vee Ford visited pit road on lap 117 under caution.
● Almirola drove back inside the top-15 by lap 133.
● He battled back through traffic and said he was the most loose in turn three.
● Almirola pitted the No. 10 Ford at the end of the stage for four tires, fuel and wedge adjustments. Quick work by the Smithfield/Hy-Vee crew gained Almirola two spots.

Final Stage Recap (Laps 161-277):
● Almirola started 10th and finished 23rd.
● Almirola held the Smithfield/Hy-Vee Ford inside the top-10 on the restart.
● On lap 207, Almirola made contact with the wall. He pitted for four fresh tires and fuel to resume racing under green.
● Bad luck continued when Almirola suffered a cut right-rear tire on lap 217 and had to serve a pass-through penalty for an uncontrolled tire in the ensuing pit stop.
● After multiple cautions at the end of the race, Almirola finished 23rd, three laps down.

Notes:
● Denny Hamlin won the Hollywood Casino 400 to score his 36th career Monster Energy NASCAR Cup Series victory, his fifth of the season and his second at Kansas. His margin of victory over second-place Chase Elliott was .128 of a second.
● There were seven caution periods for a total of 32 laps.
● Only 21 of the 40 drivers in the Hollywood Casino 400 finished on the lead lap.

The next event on the Monster Energy NASCAR Cup Series schedule is the First Data 500 on Sunday, Oct. 27 at Martinsville (Va.) Speedway. It is the seventh race of the 10-race playoffs and the first race in the Round of 8. The event starts at 3 p.m. EDT with live coverage provided by NBCSN and SiriusXM NASCAR Radio.