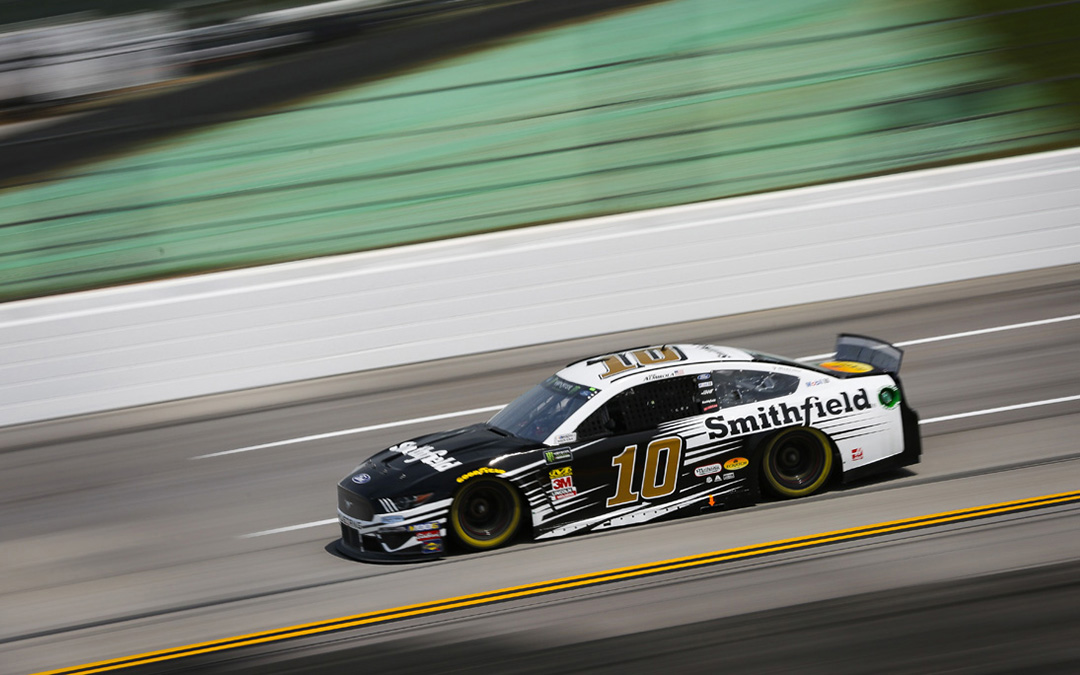 With just three races remaining in the regular season, Almirola finds himself 11th in the standings, 92 points ahead of the cutoff line to advance to the Monster Energy NASCAR Cup Series playoffs.

Last time Almirola visited the .533-mile Bristol short track, he was able to complete just three laps due to an accident not of his own making. It not only dampened Almirola’s race weekend, it also had huge playoff implications that would prove difficult to recover from.

This past Sunday at Michigan International Speedway in Brooklyn was another race that could have given the No. 10 team a good points day but, instead, resulted in a 33rd place finish that knocked Almirola back another two spots in the points standings thanks to a midrace collision with the No. 8 car and the wall.

Aside from those Bristol and Michigan setbacks, Almirola has remained consistent in the standings by hovering right around the top-10. So the No. 10 Smithfield Ford driver is optimistic that the team will rally back and ramp up its season right before the playoffs begin in September.

“Bristol has been a good track for me and I always love going there,” he said. “It was unfortunate that we weren’t able to race last time with that wreck early in the race. Sometimes, luck isn’t on your side. I’m confident we’ll head to Bristol, Darlington and Indy with the same mindset we always have – to win.”

In 302 career starts, Almirola has two wins, two poles, 16 top-five finishes, 59 top-10s and 469 laps led. He has qualified on the front row six times this season – one pole and five outside-front-row starts.

In addition to his Cup Series experience at Bristol, Almirola has seven NASCAR Xfinity Series starts with four of those resulting in top-10 finishes.

This weekend’s event at Bristol marks the 20th points-paying race during which the Smithfield livery has adorned Almirola’s No. 10 Ford Mustang this year. Smithfield, a brand of Smithfield Foods, which is based approximately five hours northeast of SHR headquarters in Smithfield, Virginia, is in its eighth season with Almirola and its second with SHR. Founded in 1936, Smithfield is a leading provider of high-quality pork products, with a vast product portfolio including smoked meats, hams, bacon, sausage, ribs, and a wide variety of fresh pork cuts.

How does Bristol’s track surface change during the race?
“Bristol is one of those places where the track changes throughout the run, especially in the last couple of years, when they put the (traction) compound down on the bottom groove. That has tended to get rubbered up and get really slick as the run moves on and the cars migrate to the top of the racetrack. The top of the racetrack is not very good when it’s clean but, when it starts to rubber up, it actually gains momentum and gets faster, so the groove moves around a lot from run to run and throughout the run, and that makes it fun and it makes it exciting. As a driver, it gives you the option to search around and look for speed.”