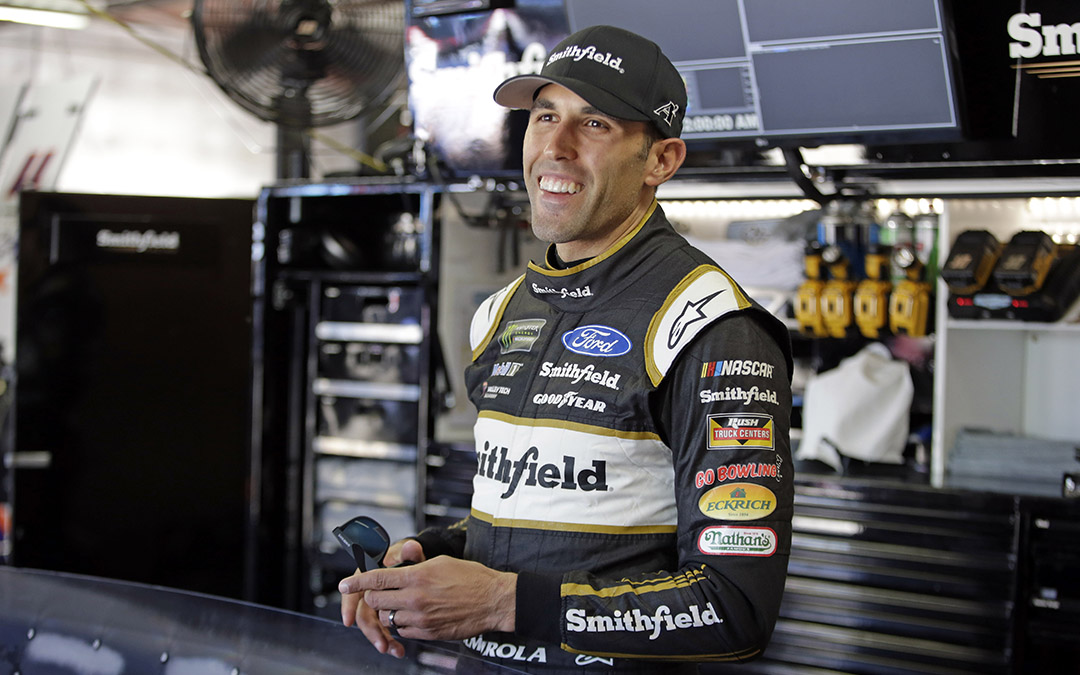 Stage 1 Recap (Laps 1-60):
● Aric Almirola started third, finished fourth and earned seven bonus points.
● Almirola raced the No. 10 Smithfield Ford inside the top-10 before the competition caution was called on lap 20.
● During the caution period, he took two tires, fuel and air pressure adjustments, then restarted third. He said his Ford Mustang handled well but felt tight into turn one.
● Almirola raced as high as second place during the remainder of Stage 1, but he got caught behind a lapped car and was passed by two other cars.
● At the end of Stage 1, Almirola said his only balance issue was that he was tight on the exit of turn two. He pitted for four tires and fuel and took back the previous air pressure adjustments.

Stage 2 Recap (Laps 61-120):
● Started third, finished fifth and earned six bonus points.
● During the restart, the inside row did not have as much momentum as the outside row so Almirola fell to seventh place.
● A caution was called on lap 72. Almirola pitted for fuel only and was scored 11th for the restart.
● Almirola fell back to 17th by lap 80. He rallied back to 12th place before multiple cars pitted for fuel in front of him, promoting the Smithfield Ford back to the top-five.
● Almirola said his car handled loosely when the runs began but became tight on the exit of the turns as the stage wore on.
● He pitted for four tires, fuel and adjustments at the end of the stage. Several cars behind him only pitted for two tires, ultimately putting Almirola in 10th place.

Notes:
● Almirola finished fourth in Stage 1 to earn seven bonus points and fifth in Stage 2 to earn an additional six bonus points.
● Almirola led a single lap to increase his laps-led total at Michigan to four.
● Joey Logano won the FireKeepers Casino 400 to score his 23rd career Monster Energy NASCAR Cup Series victory, his second of the season and his third at Michigan. His margin of victory over second-place Kurt Busch was .147 of a second.
● There were seven caution periods for a total of 35 laps.
● Twenty-five of the 36 drivers in the FireKeepers Casino 400 finished on the lead lap.
● Logano leaves Michigan as the new championship leader with a nine-point advantage over second-place Kyle Busch.

Next Up:
The next event on the Monster Energy NASCAR Cup Series schedule is the Save Mart 350 on Sunday, June 23 at Sonoma (Calif.) Raceway. The race starts at 3 p.m. EDT with live coverage provided by FS1 and SiriusXM NASCAR Radio.