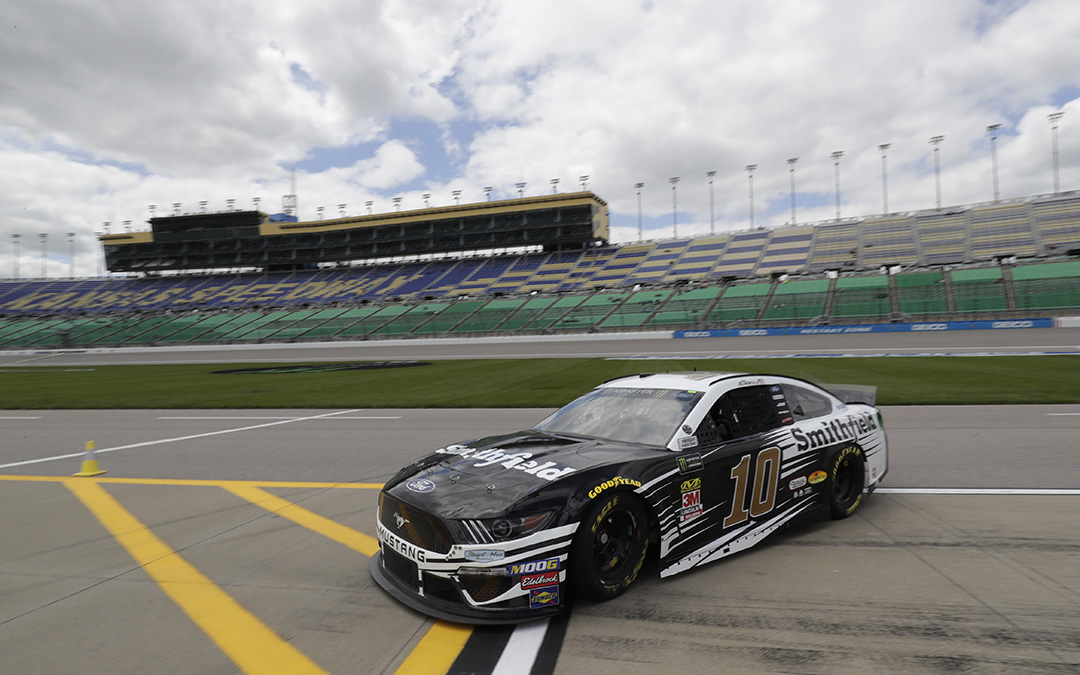 Stage 1 Recap (Laps 1-80):
● Aric Almirola started 33rd, finished 13th.
● Almirola raced his Smithfield Ford Mustang into the top-20 by lap 16.
● He pitted during the lap-30 competition caution for four tires, fuel and air pressure adjustments and gained one spot off pit road.
● After restarting 18th, he drove the No. 10 Ford as high as fifth place before a caution was called on lap 60. During the caution period he pitted for two tires and fuel to restart 11th.
● Almirola noted that the handling was much worse on just two fresh tires, and he was unable to drive through the field like he did with four tires.
● At the conclusion of the stage, he pitted for four tires, fuel and air pressure and chassis adjustments.

Stage 2 Recap (Laps 81-160):
● Started 11th, finished 13th.
● Almirola pitted under green-flag conditions on lap 124 for four tires, fuel and adjustments.
● Toward the end of the stage, spotter Joel Edmonds told the team they were turning some of the fastest lap times on the track.
● The No. 10 pitted at the end of Stage 2 for four tires and fuel.

Final Stage Recap (Laps 161-271):
● Started 11th, finished 12th.
● Almirola pitted under green on lap 218, but the caution was called while he was on pit road. He restarted 10th when racing resumed.
● He raced the No. 10 Smithfield Ford Mustang in and around the top-10 until another caution was called with four laps to go.
● Almirola pitted during the caution period for four tires and fuel. He came off pit road in 10th.
● He battled just outside the top-10 during the two-lap shootout before crossing the finish line.

Notes:
● This was Almirola’s fourth straight top-15 at Kansas.
● Brad Keselowski won the Digital Ally 400 to score his 30th career Monster Energy NASCAR Cup Series victory, his third of the season and his second at Kansas. His margin of victory over second-place Alex Bowman was .205 of a second.
● There were seven caution periods for a total of 41 laps.
● Only 14 of the 40 drivers in the Digital Ally 400 finished on the lead lap.
● Joey Logano leaves Kansas as the new championship leader with a nine-point advantage over second-place Kyle Busch.