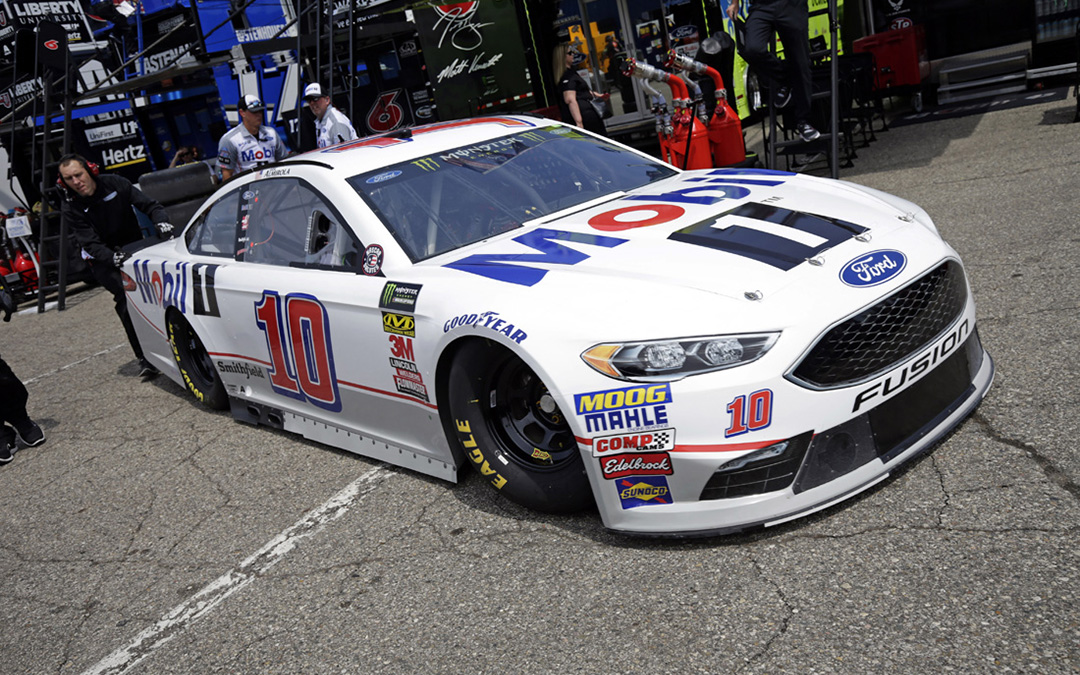 Stage 1 Recap (Laps 1-60):
● Aric Almirola started sixth and finished 10th to earn one bonus point.
● The Mobil 1 driver battled a tight-handling condition throughout the stage, noting that he was also losing lateral grip.
● Almirola maintained a top-five spot through the first 28 laps, but after rolling through his box too far on pit road Almirola restarted 17th on lap 29.
● The Mobil 1 driver quickly moved up two spots to break back into the top-15.
● On the final lap of the stage, Almirola made a jump on the restart to gain four positions, ultimately ending Stage 1 in 10th.

Stage 2 Recap (Laps 61-120):
● Started 14th and finished 17th.
● The Mobil 1 driver wheeled his way back into the top-10 by the halfway point in Stage 2.
● Almirola reported a tight-handling condition on throttle as Stage 2 progressed, but he noted the team did make progress on handling from Stage 1.
● The Mobil 1 crew opted to take four tires rather than two during the lap-86 caution period. The first car on four fresh tires was in spot 14, and Almirola restarted 15th.
● Almirola was shuffled back to 17th on the following restart, where he ultimately finished the stage.

Notes:
● This was Almirola’s 13th top-15 of 2018.
● Almirola earned his best finish at Michigan in 12 career NASCAR Cup Series starts. His previous best result at Michigan was 12th, earned last August.
● Almirola finished 10th in Stage 1 to earn one bonus point.
● The FireKeepers Casino 400 was completed under caution, with rain ending the race after 133 of its scheduled 200 laps.
● There were eight caution periods for a total of 30 laps.
● Twenty-nine of the 39 drivers in the FireKeepers Casino 400 finished on the lead lap.

Aric Almirola, driver of the No. 10 Mobil 1 Ford Fusion for Stewart-Haas Racing:
“Man, I hate it for my guys. We had such a fast Mobil 1 Ford Fusion. I’m proud of our team, and I’m looking forward to coming back to the track at Sonoma.”

Next Up:
The next event on the Monster Energy NASCAR Cup Series schedule is the Save Mart 350 on Sunday, June 24 at Sonoma (Calif.) Raceway. The race starts at 3 p.m. EDT with live coverage provided by FS1.